Lando Norris has revealed how he deals with social media trolls having become one of the biggest stars in F1. Norris, 22, is yet to win a race in F1, but has long been tipped as a future world champion, having signed a multi-million pound contract extension at McLaren earlier this year.

The 2022 season has been a mixed one so far for the British driver, with his team initially struggling to adapt to the brand new technical regulations. Following a seventh-placed finish at the Italian Grand Prix in Monza on Sunday, Norrie lies seventh in the drivers’ standings on 88 points.

And the popular British driver is undoubtedly already one of the most recognisable faces in the sport. His status is reflected by his social media following, with the Bristol-born driver enjoying 2.1 million followers on Twitter, and 5.7 million followers on Instagram.

But his profile inevitably puts his personal life in the public eye, and he recently took to social media to confirm he had split from his girlfriend Luisinha Oliveira, just two weeks after their romantic trip to Ibiza. And now he’s opened up on how he deals with the perils that accompany the internet. 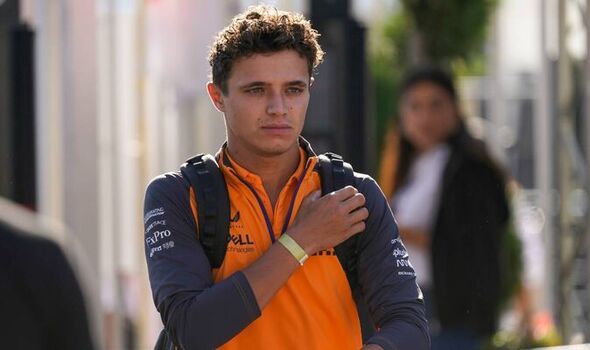 “I don’t even have Twitter on my phone,” he told The Independent. “With Instagram, I use it the amount I need to. Of course I read the comments, everyone does. I just laugh at the bad comments.

“I’m a Formula 1 driver but life isn’t always mint and glorious. There’s a lot of perks but you still have tough times. It does feel heavier when you read a bad comment, it wipes out 10 good comments! But that’s life. You see it, you laugh at it, you move on.” 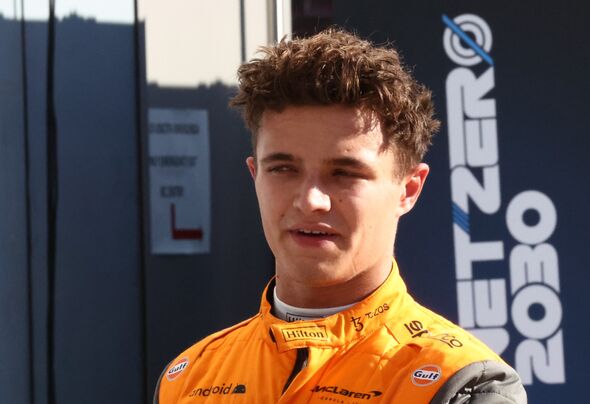 And Norris also seems capable of embracing his popularity too, having last week teed off in the BMW PGA Championship Pro-am at Wentworth. Despite playing “shockingly,” he claimed he had “more fans than Rory (McIlroy).”

The McLaren man regularly plays golf during his time off, in particular with Ferrari’s Carlos Sainz. Before heading to Italy, he joined a team alongside pro-golfer Tyrrell Hatton, Tom Felton, and football legend Robbie Fowler.