Max Verstappen insisted being booed by Charles Leclerc and Ferrari fans did not bother him after he won the Italian Grand Prix. The Dutchman recovered from a five-place grid penalty to frustrate the Tifosi and claim his 11th win of the 2022 season.

The reigning world champion had been leading the race after Ferrari’s Leclerc – who secured pole position on Saturday – made a second pitstop to change onto a set of soft tyres. Verstappen was running a one-stop strategy on medium tyres and was able to hold the lead until the end.

The Red Bull star’s one-stop strategy worked as he maintained a gap to Leclerc before Daniel Ricciardo suffered a power unit issue. The McLaren rolled to a stop between the two Lesmo corners.

The car ultimately could not be moved back behind the barriers and F1 officials needed a crane to safely remove the vehicle. As leaders pitted for fresh tyres to prepare for a restart and late sprint to secure the win, but the race remained under safety car conditions to finish. 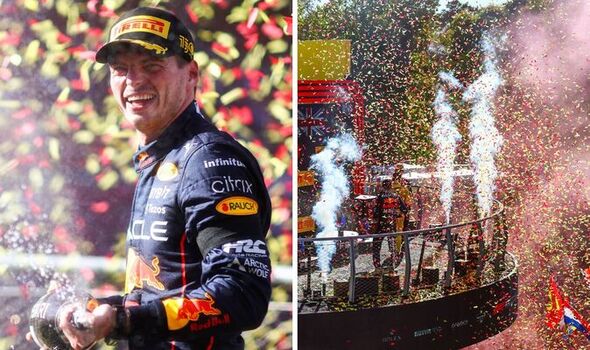 The Monza crowd booed the anticlimactic finish, while Verstappen also received jeers during his post-race interview with Martin Brundle. Booing has not been commonplace during the 2022 season, but it became fairly prominent during Verstappen and Lewis Hamilton’s title battle last year.

However, Verstappen insisted the boos from the Ferrari fans were fair as they were simply supporting Leclerc. He assumed they thought the Monegasque driver was denied the chance to fight him for the win at the end.

“It happens, everyone speaks to me about it with the booing and stuff but at the end of the day I am here to try and win the race which we’ve done,” Verstappen said. “Some people of course they cannot appreciate that because they are very passionate fans for a different team.

“It is what it is. It is not going to spoil my day, I am just enjoying the moment.” 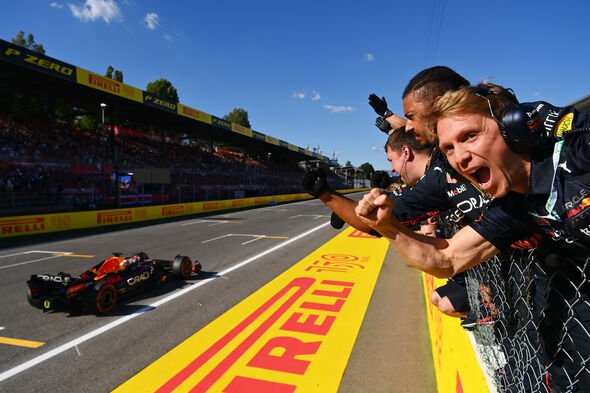 When asked about the booing, Leclerc suggested F1 fans should not do it while flares were seen in the Monza crowd. Two flares were thrown on the track during Dutch Grand Prix qualifying last weekend.

He said: “I think nobody likes booing and I think it shouldn’t happen. That’s it.

“And for the flares, personally I think it is OK when it is used before the formation lap or laps to the grid, but then sometimes during the race it can be a bit confusing for us. It is the way it is, after the chequered flag there was a bit but not too disturbing.”

At the top of the standings, Red Bull star Verstappen holds a 116-point lead over teammate Sergio Perez in the Drivers’ Championship while the Milton Keynes-based team lead Ferrari by 139 points in the Constructors’ Championship. The 22-race F1 2022 campaign continues with the Singapore Grand Prix at the Marina Bay Street Circuit on October 2.