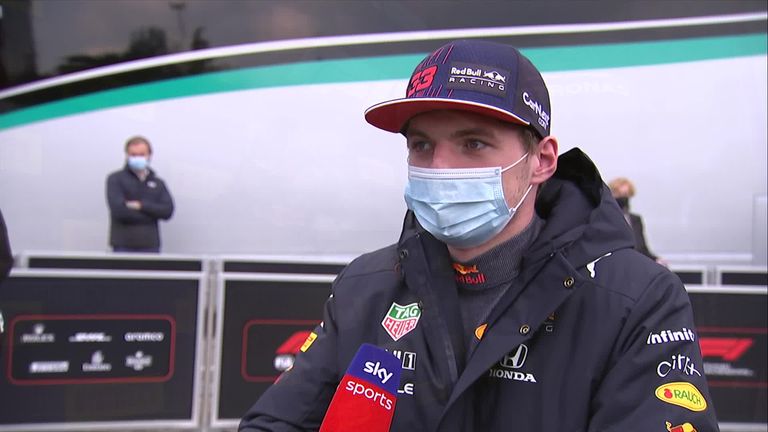 Max Verstappen has called on Red Bull to build on their early-season form, stressing his Emilia Romagna GP victory was far from “dominant” and that Mercedes are still “very close”.

But the Dutchman also admitted that “it’s great to be fighting against Lewis Hamilton” as F1 2021’s predicted title protagonists went head to head again at Imola, now splitting the race wins to kick off the campaign.

Verstappen recovered from an uncharacteristic below-par qualifying to launch from third to first in Sunday’s chaotic and unpredictable Grand Prix, duelling with Hamilton into the first chicane before putting on a commanding display, all while his rival made a race-altering error in the wet.

Max eventually took the chequered flag ahead of Hamilton by 22 seconds – a margin which, on paper, would hint that Red Bull pressed home what appears to be a car advantage over Mercedes. 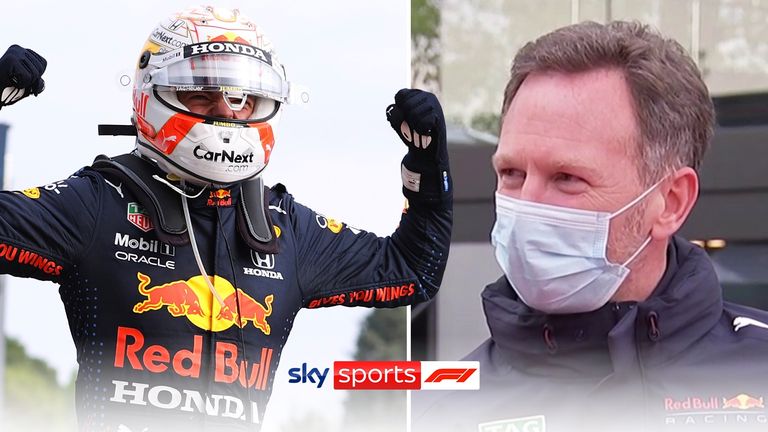 But while Verstappen was delighted with the win, he insisted to Sky F1: “I don’t think it was dominant.

“Lewis was following me quite well and for him to come back from P9 or P8 to P2, it shows that they have a lot of pace in the car as well so we shouldn’t get ahead of ourselves.”

“But there are no guarantees and we still have to work hard to improve because they are very close. But still, for now I am obviously very happy with the result.” 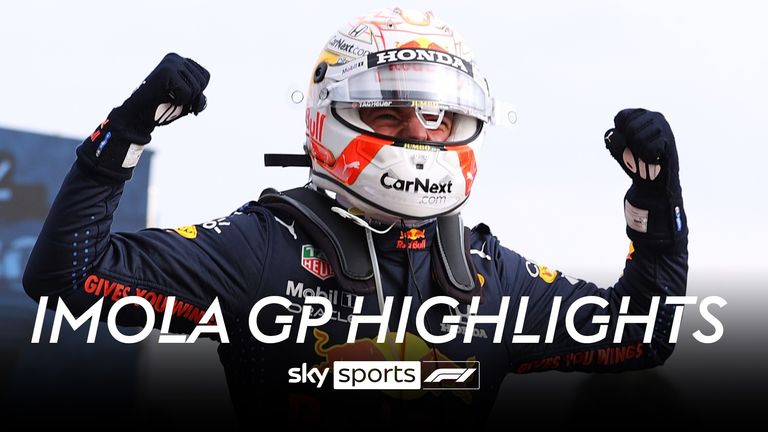 Verstappen: ‘Great to be fighting against Lewis’

Three weeks after going wheel-to-wheel at the season-opener in Bahrain, Verstappen and Hamilton did so again at Imola – although only into Turn 2 and 3 as the Red Bull surged up the inside of the Mercedes.

“It was a very bold move,” said Sky F1’s Damon Hill, while Verstappen claimed it was “hard racing”. With his victory, Verstappen is a point behind Hamilton, who took the fastest lap, in the standings.

“It’s great to be fighting against Lewis, Mercedes who, I think, as a team, they have been so dominant and they’re very difficult to beat,” said Verstappen.

“So to be able to sit here now, now two races in a row, we were very, very competitive, that’s very promising but no guarantees.”