Max Verstappen has criticised the FIA for its handling of track limits penalties at the Austrian Grand Prix. The Dutchman said track limits had been a “joke” and admitted he didn’t think drivers should be receiving penalties for going slightly wide.

Verstappen was one of many drivers to be handed a series of warnings for crossing the white lines in Spielberg. Rival Charles Leclerc was also issued warnings while team-mate Sergio Perez was handed an official black and white flag warning.

Reacting in the post-race press conference, Verstappen said: “I think track limits debate this weekend has been a bit of a joke Not only in F1 but in F2, F3. It’s easy to say from the outside, ‘yeah but you just have to stay within the white lines’.

“It sounds very easy but it’s not. When you go that quick through a corner and some of them are a bit blind. If you have a bit more understeer, tyres are wearing, It’s easy to just go over the white lines but do you actually gain time, maybe yes, maybe not. 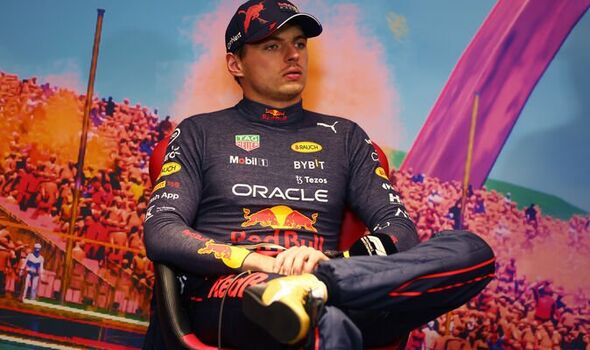 “To be honest its only like two or three corners where you can maybe go a bit wider. I don’t think we should have when you give one wheel over you have a penalty or whatever.”

Verstappen’s rival from last year, Lewis Hamilton, also had his own run-in with track limits during the race. The seven-time champion was told by race engineer Marcus Dudley that he had a “lap deleted” early on.

However, Hamilton hit back: When?! I didn’t go off.” Later on in the Grand Prix, Hamilton received another track limits warning but snapped back instantly at the decision. He said: “That’s BS. I didn’t go wide.” 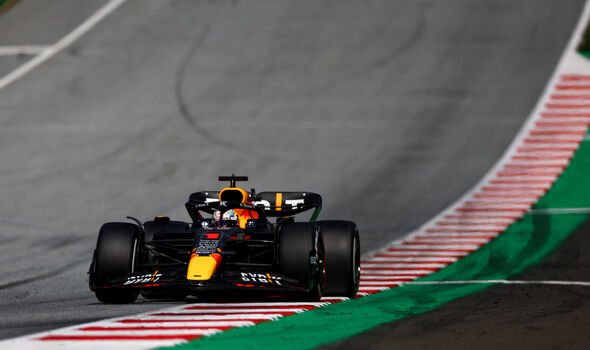 Dudley added: “A-firm, we will have a look Lewis.” Hamilton commented: “Are other people getting it? There’s loads of people going off.” Lando Norris was handed a five-second penalty for breaking the rules alongside Zhou Guanyu and Pierre Gasly.

Track limits have been under question all weekend after Red Bull missed out in qualifying on Friday. Perez had his laps deleted in Q2 and Q3 horis after the session, dropping the Mexican into the midfield for the sprint race.

He also slammed the FIA, claiming drivers had seen “inconsistency” over track limits rules and called for officials to take action. He said: ​​”I think I paid the price from the FIA not being able to police it better.

“I got a harsher penalty than I should, because I wasted all my tyres in Q3, I risked it all. But anyway, it’s all in the past. We’re seeing a bit of inconsistency throughout, so hopefully we’re able to get some rhythm and work together with the FIA.”