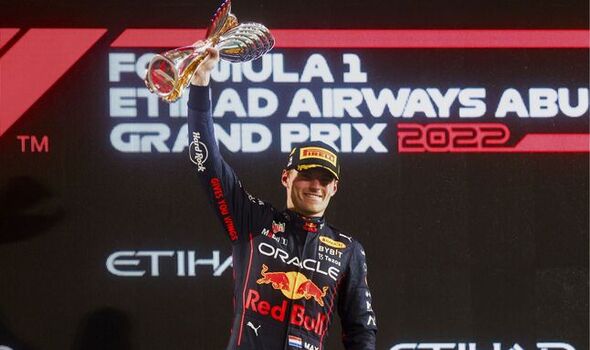 The winner of this year’s Nobel Peace Prize has made a direct appeal to Max Verstappen to help force Red Bull to pull out of doing business in Russia. Despite the global sanctions being inflicted on the country amid the ongoing war in Ukraine, Red Bull have continued to sell their energy drink in supermarkets there.

Back in late February, just days after Vladimir Putin ordered the invasion into Ukraine, F1 reacted by cancelling the 2022 Russian Grand Prix in Sochi. The long term contract for the race has since been terminated, leaving organisers having to scrap plans to switch the venue to Saint Petersburg from 2023 onwards.

Haas also opted to cut ties with main sponsors Uralkali, while driver Nikita Mazepin was sacked from his role in the team despite the FIA initially ruling Russian drivers could compete under neutral colours. The saga prompted an angry Mazepin to argue: “There is no legal reason to terminate the contract. I was relieved to see that the FIA allowed us to start in neutral colours, I was hoping to drive.”

But now Ukrainian human rights lawyer Oleksandra Matviichuk has appealed for one of the sport’s biggest stars to use his influence. In a projected video message, she’s asked two-time world champion Verstappen to help convince the Red Bull company to cease trading in Russia.

“This is a message to Max Verstappen and all Red Bull athletes,” says Matviichuk, in the film footage. “I know that driving a Formula 1 racing car is dangerous, but for millions of people it’s very dangerous just to be in Ukraine. I am in Kyiv and we, like other Ukrainian cities, are constantly being shelled by Russian rockets.

“Max, you are a leading brand ambassador of Red Bull. Can you please ask them, why is Red Bull still on sale in Russia while so many global brands have pulled out? Why do Red Bull still continue to help Russia to finance this war? I ask for your support to convince Red Bull to stop their business in Russia.”

An image of Matviichuk speaking was posted on Reddit, leaving fans to question the extent of the Dutch driver’s influence on the worldwide company: “As influential as Max is, I highly doubt he could convince the entirety of Red Bull to pull out of Russia,” argued @Exhonour.

Immediate_Lie7810 echoed similar sentiments, writing: “I don’t think Max Verstappen has the kind of leverage where he can influence a sponsor’s business dealings.”