Formula 1 icon Lewis Hamilton took to social media to declare Mercedes are ‘back in this fight’ after he finished on the podium at the British Grand Prix. The seven-time world champion also took time to congratulate Carlos Sainz on the win after the Ferrari star took the chequered flag for the first time in his F1 career.

Hamilton was in the lead of the race at Silverstone after he didn’t pit following the opening lap restart, and he appeared comfortable on medium tyres as a potential victory loomed. However, Mercedes opted to bring Hamilton in on lap 33 and placed him on the safer harder compound rather than the faster, less durable soft compound.

It appeared Mercedes made an error regarding the 37-year-old’s strategy as he failed to nail the undercut in an attempt to pass Ferrari’s pair of Sainz and Charles Leclerc thanks to a poor pit stop. With 19 laps remaining, Hamilton would later pit again due to a late Safety Car.

In the end, Sainz went on to secure his maiden win while Hamilton secured P3 behind Red Bull star Sergio Perez. Hamilton was denied a shot at a record-extending eighth British Grand Prix win following the slow pit stop prior to the late drama. 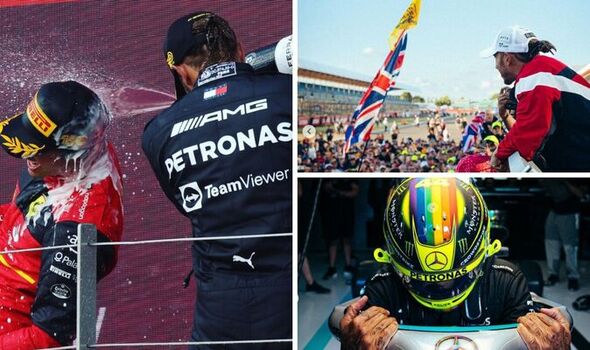 Despite his frustrations, Hamilton secured his third podium of the season and he took to Instagram to thank his fans – and send a classy congratulatory message to Sainz. The Mercedes star said: “P3 in front of the home crowd.

“I was chasing that win and came close, it feels good to be back in this fight. What a drive for @carlossainz55, congrats on that first win. Only happens once, enjoy it.

“Thank you to my team and thank you ALWAYS to the fans. You keep me motivated. There’s really NO place like home.” 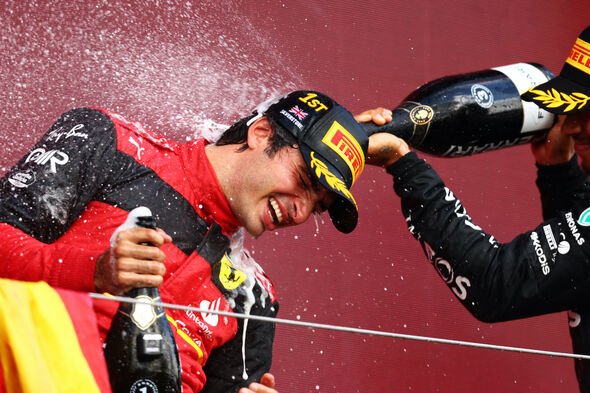 The touching message to Sainz highlights the tremendous sportsmanship on display from Hamilton, who believed he could have recorded a spectacular ninth win at Silverstone if luck was on his side on Sunday. He admirably battled Red Bull’s Perez but was narrowly pipped to second by the Mexican while he was able to easily pass Leclerc, whose Ferrari was stuck on old hard tyres.

“I was doing good times and catching them up and had a really good, long stint and I really thought maybe we could fight for the win, but unfortunately the gaps were a bit too big and the pit stop was not very good,” Hamilton concluded. “At the end I struggled with the warm-up and lost out to two cars. It was so tough today.”

The 22-race F1 2022 campaign continues with the Austrian Grand Prix at the Red Bull Ring on July 10.