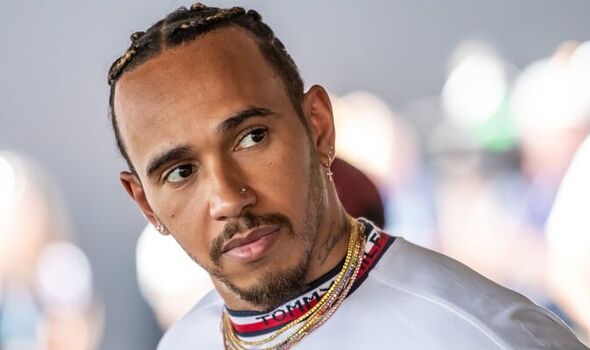 Both Mercedes drivers have found the new W13 car difficult to drive in the opening months of the 2022 season. Performance issues have seen them slip down the grid, although Russell has largely outperformed team-mate Hamilton.

The pair have reported the vehicle ‘bouncing’ during races but that issue was not as noticeable during in Barcelona following a fortnight of upgrades. Hamilton recovered from his early clash with Kevin Magnussen to finish sixth. Russell came third behind Red Bull duo Verstappen and Perez.

Montoya believes it could only be four races before Mercedes are back among the challengers for the world title. That would be apt given that the British Grand Prix comes in four races’ time – the home Grand Prix of both drivers.

JUST IN: Hamilton explains Russell experiment that worked against him in Spain

“I think this is the first race for Mercedes where they go: ‘Okay, we have a baseline. We can work from here. We have enough speed now to get the job done. We have, we got rid of the porpoising in the cars. Not bouncing anymore down the streets. We can run the car where it needs to be run. Now, what do we need to do to improve it?,” Montoya told VegasInsider.

“That’s why I feel they are three or four races behind, because all the development they’ve done is to get rid of the porpoising. Now that the porpoising is gone, it’s going to be very interesting to see how quick the car becomes and how fast it can get upgrades.

“You have to remember, they fixed this and they probably have in the pipeline two or three more upgrades coming. And they are probably waiting for this to see how it works on the track. And as soon as they see progress on this they say: ‘Okay, next upgrade’.”

Hamilton was beaming after the race in Spain, telling journalists that he could have challenged Verstappen and Perez had he not clashed with Magnussen so early on. The seven-times world champion initially suggested he would retire following the incident during the first lap, in which his front left tire punctured.

But he continued to finish sixth, saying afterwards: “The race pace is much, much better. The car is much nicer in the race. This is a great sign we’re going in the right direction.

“Without [my start], I would have been fighting the Red Bulls. That gives me great hope that at some stage we’ll be fighting for the win.”