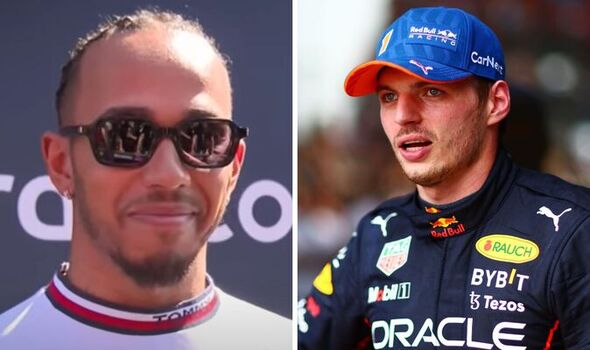 Lewis Hamilton refused to follow in the footsteps of Charles Leclerc and Fernando Alonso in offering praise for Max Verstappen when asked an open-ended question at the Dutch Grand Prix. Last weekend’s race at Zandvoort proved to be one of the closest Grands Prix of the season with Mercedes able to compete with Red Bull throughout Saturday and Sunday.

Hamilton has been left frustrated this year that he’s been hindered in his ability to get revenge for losing last year’s world title in dramatic fashion. Verstappen went on to win his first F1 World Championship while Hamilton was left contemplating his future in the sport and took a sabbatical from social media.

The Brit came into the new season hoping for revenge, but Mercedes have not been able to give him a car capable of challenging Verstappen. The Red Bull driver has dominated the 2022 season, winning 10 of the 15 races and opening up a 109-point lead at the top of the Drivers’ Championship.

There is hope that Mercedes will learn from this year’s mistakes to build a car capable of challenging in 2023, which could be Hamilton’s final year in F1. That could see a repeat of Hamilton and Verstappen’s battle from last year and it seems there is still no love-lost between them. 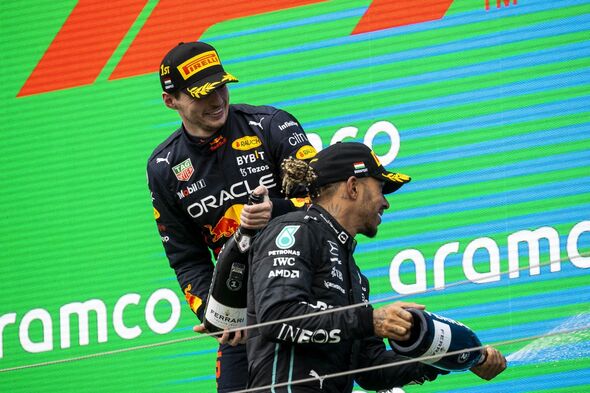 A host of drivers on the F1 grid were asked by ViaPlay at the weekend if they could “describe what kind of driver and person he [Verstappen] is”. Most were forthcoming in giving an in-depth answer, largely praising the Red Bull driver.

But Hamilton didn’t want to give an answer to the question, saying: “I wouldn’t ever comment on either of those.” Alonso had a different approach to the same question, paying huge credit to the 24-year-old.

“He’s an amazing talent that we are lucky to witness in our time,” he said. “He’s dominating this year. He fought very strong last year too against a tough competitor in Lewis.

“As a person, I think he’s a normal guy and that’s probably his strength. He’s not thinking about anything else other than Formula One. He keeps humble and hungry of success and this is very powerful.”

And his closest competitor on track this season, Leclerc, followed in Alonso’s footsteps with big praise for Verstappen. “He’s a very nice person,” Leclerc said.

“We’ve grown a lot since we first met in karting in 2009 maybe. We’ve been fighting together for many, many years and it’s nice we find ourselves now fighting in Formula One even though in this year I wish we were a bit closer in points for it be closer but in the end it’s been nice. As a driver, he’s obviously extremely quick and he’s showing that.”