Lewis Hamilton has dropped a hint on what he wants included in his new contract at Mercedes. The 35-year-old clinched a record-equalling seventh world championship at the weekend after a stellar drive at the Turkish Grand Prix.

It’s the latest in a long line of records that Hamilton has broken throughout his illustrious career in F1.

But question marks still remain on his future in the sport having not yet signed a new deal with Mercedes.

Hamilton has long made it clear that he plans to stay with the team into 2021.

And Toto Wolff has also indicated on numerous occasions that he expects the British racing superstar to continue with the Silver Arrows.

JUST IN: Lewis Hamilton admits he was told to ‘go back to your country’ 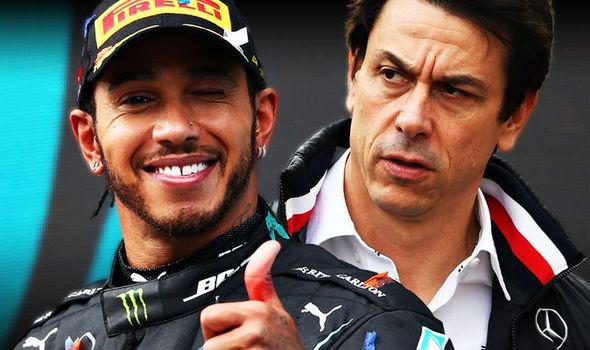 Hamilton is currently the best paid driver in Formula One, earning a reported £40million a year.

However, it’s not money that Hamilton sees as a key factor in his negotiations with Mercedes.

When asked on BBC whether working in more time for himself in the contract will be an important part of the talks, Hamilton said with a smile: “Potentially.

“That’s always going to be a part of the conversation. I need more time.

“And I think this year has shown that for example you can work from home.

“So I’m sure there will be a lot of zoom days in the contract other than actual present days which means I have to fly less, which is good.”

When pressed whether that was a “scoop” on his contract negotiations, Hamilton replied, “yes” before letting out a laugh.

Hamilton also went on to state his desire to continue in F1 to help further in his hopes of achieving more diversity in the sport. 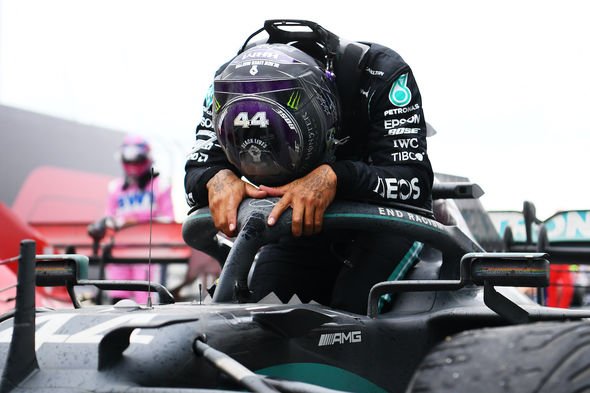 “I would love to stay, I still want to be here,” he added.

“What’s crazy is that yes I won this seventh title, but we have another big, big fight to win and that’s for racial equality across the board.

“And diversity in my sport, which I thought I would have helped shift just by being here but I realise that’s not the case.” 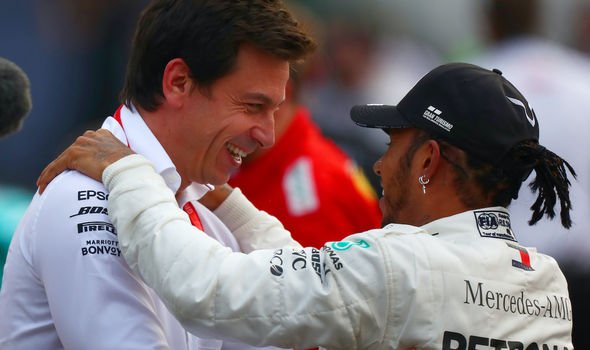 “Seven titles. No one would have ever thought that Michael Schumacher’s titles would be equalled or broken, and yet now he’s there,” Rosberg told Sky Sports News.

“It’s unbelievable. I’ve known Lewis a long time so really, we were karting team-mates at the age of 14 and best friends so hats off, huge respect. Unbelievable.

“Schumacher is one of the other all-time greats. I’m not going to say here and now one is better than the other, I think they’re there or thereabouts.

“Who’s the best? It’s just impossible to say but equally in their own way they’ve all been just unbelievable.”