Lewis Hamilton has issued both Max Verstappen and Charles Leclerc with a warning by insisting there is “a lot to come” from Mercedes over the next few races. The seven-time F1 world champion added that he’s “excited” about his team’s prospects going forward having been left to watch the battle between this season’s two main title rivals at the recent Austrian Grand Prix “on TV”.

The 37-year-old put in his best showing of the season with a second-placed finish in France at the weekend as Mercedes continued to back up the belief that they have turned a corner. The Silver Arrows have struggled to compete with the likes of Red Bull and Ferrari for much of the early stages of this season, however, Hamilton has now finished in the top three in every race since ending his podium drought in Canada – a barren run which stretched back to this season’s curtain-raiser in Bahrain.

Following another impressive display on Sunday, Hamilton warned the likes of Verstappen and Leclerc that there’s more to come from Mercedes over the coming weeks and months, after an upgrade on the car has seen his team close the gap on the top two in the constructors’ championship. Hamilton said: “It’s been really positive to have some consistency come back in and bit by bit you’re getting a little bit more comfortable in the car.

“And also with the direction where you set the car up… where you position the car, what the car will accept. Obviously, it bit me in the last race with the crash in qualifying.

JUST IN: Lewis Hamilton makes Verstappen prediction and is gutted for Leclerc 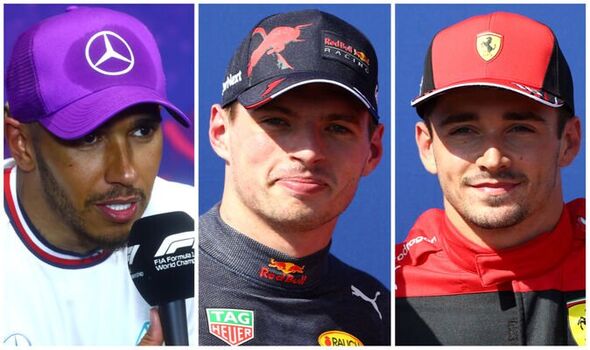 “Otherwise, as I said, we’re constantly adding performance, we’re constantly progressing forwards and there’s a lot to come in the next races. So I’m excited about that and as I said, in the last race we were only a few tenths off the lead guys in qualifying so I think slowly we’re getting closer.

“The gap may be bigger in some tracks, who knows, but… in [Austria], I was seeing it on TV, as I said, the battle up ahead, I hope that I get to be a bit more in the battle sometime soon.”

Hamilton claimed third back in Austria, the race prior to last weekend’s French Grand Prix, but finished around half a minute behind Verstappen and eventual winner Leclerc. At the time, the Brit revealed he felt “lonely” as he found himself isolated on the track and admitted he watched the pair’s battle unfold from afar, on the big screens around the circuit. 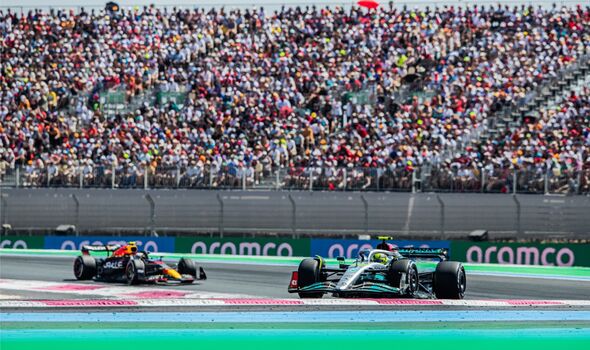 “I could see them coming through Turn 6 as I was coming out of Turn 1. So I was getting a bit of a fan view of what was happening. I saw some of the overtakes they were having. I think they did replays and stuff.”