Toto Wolff has revealed Mercedes’ driver pairing of Lewis Hamilton and George Russell “can get heated” behind the scenes but says the pair are working brilliantly together. The two Britons have been battling an underperforming car this season and Wolff says the pair both see the W13 as their common enemy.

There were concerns that Russell’s arrival in the offseason might cause issues with Hamilton having worked very harmoniously with former team-mate Valtteri Bottas. The seven-time world champion made it known he wanted the Finn to stay with the team to extend a fruitful five-year partnership.

Before Bottas, Hamilton was involved in a toxic intra-team rivalry with Nico Rosberg who denied him the 2016 title and then retired. There were fears outside of the team that the pace of Russell could also cause another fractious relationship.

But Mercedes have struggled for pace until recently and have not been fighting for race wins this season, the pair sat fifth and sixth in the Drivers’ Championship. Despite the team’s issues Russell has still claimed a top-five finish in every race that he’s reached the chequered flag while Hamilton is on a run of three consecutive podiums. 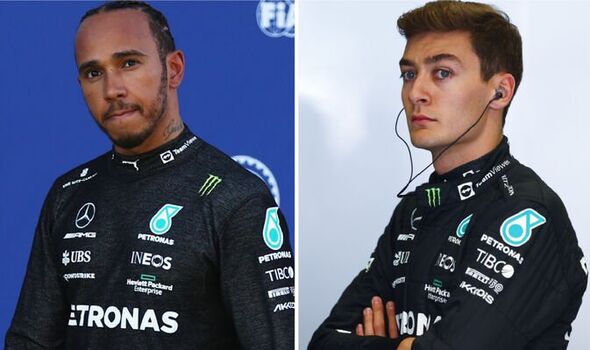 And after the Austrian Grand Prix, Wolff admitted the pair have their heated moments off track but are proving a great pairing. He said on Sky Sports F1: “They’re very good. I think they understand that enemy No 1 is a car that’s not performing like it should. We need to get there but their personalities, their characters, their mindset is very special.

“Even if it can get heated because the competition is on and we allowed it, overarching [that] is always going to be the good character. Nothing vicious, nothing underhand. That’s what’s happening between the two. I don’t hear any bad words between [Ferrari team-mates Charles] Leclerc and [Carlos] Sainz either even though they’re competitive with each other. 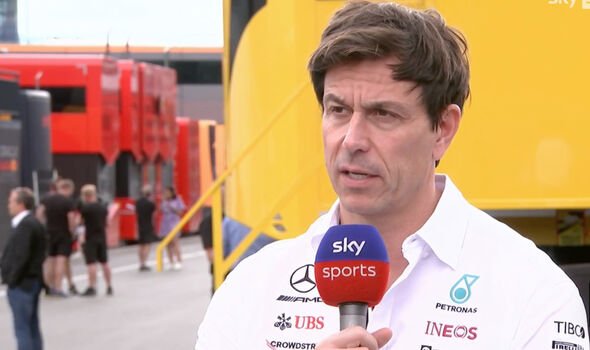 “I’m sure behind closed doors there will be discussions but that’s what you expect from racing drivers. You don’t want to have a lion in the car and a puppy outside. Their [Hamilton and Russell’s] characters are good, their personalities are good, we all know what we need to achieve.”

Discussing the general mood within the Silver Arrows’ team, Wolff added: “It’s actually good because we’re starting to see that we’re chipping away at the leaders which is really important. We find ourselves in a situation which we’ve always discussed, after eight consecutive titles that series [of success] is going to break and we want to make it a blip, not a longer cycle.

“We just need to continue to grind away. I don’t think we’d be great [if we raced] in Baku and Monaco, it [porpoising] is still not completely solved but we’re getting there. Paul Ricard [for the French Grand Prix on July 24] should be OK, it’s a smooth circuit a little bit like Silverstone with fast corners. It looks like we can have a good performance there.”