Lewis Hamilton could be set for another long afternoon at this year’s Italian Grand Prix, with the 37-year-old set to start from near the very back of the grid. He was penalised for taking a fresh power unit at the start of the weekend and will be forced to mount a charge up the order to stand any chance of securing a welcome haul of points at Monza, which is regarded as the fastest circuit on the F1 calendar.

Mercedes have struggled to perform on high-speed tracks so far this season, though, and could find themselves well adrift of Ferrari and Red Bull when the chequered flag drops at the end of today’s 53-lap contest. However, George Russell will be hoping that the Silver Arrows will be able to keep up with their Constructors’ Championship rivals in order to give him the best chance of a maiden F1 victory, with the 24-year-old set to start on the front row behind only pole-sitter Charles Leclerc.

Max Verstappen, meanwhile, has been given a five-place penalty after fitting a new internal combustion engine and will be forced to start from seventh on the grid as a result. He managed to breeze past the competition in Spa after taking an entirely new power unit and will be desperate for a repeat performance as he looks to move another step closer to rubber-stamping back-to-back Drivers’ Championship titles this afternoon. 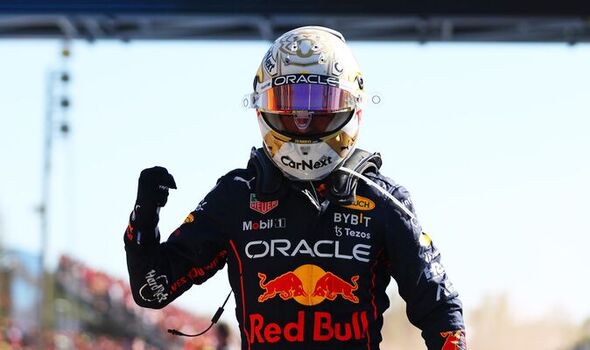 Pole-sitter Charles Leclerc will be desperate to give the home crowd something to cheer about by taking the chequered flag, with Ferrari having looked quick over the course of the weekend thus far.

George Russell will also be hoping to get himself in the mix after he was bumped up to a second-placed grid start as a result of several penalties being handed down to other drivers.

However, it would be foolish to write off Max Verstappen, who has every chance of climbing up the order to seal yet another Grand Prix victory this afternoon.

We’re just an hour away from lights out — who will come out on top at F1’s temple of speed this afternoon?