Fernando Alonso will start 26th for next week’s Indianapolis 500 after qualifying at the famous Brickyard oval on Saturday.

The Triple Crown-chasing Spaniard, who qualified fifth on his debut in 2017 before infamously failing to qualify on his return last year, was the third of three cars entered by Arrow McLaren SP.

“Did not have the speed on qualy trim either yesterday or today but happy with the run. Some interesting people around our position,” tweeted the Spaniard, who crashed in practice earlier in the week but has run encouragingly othewise.

The first of two days of qualifying set positions 10-33 on the grid, while the nine fastest drivers in the session progressing to Sunday night’s Fast Nine shootout. 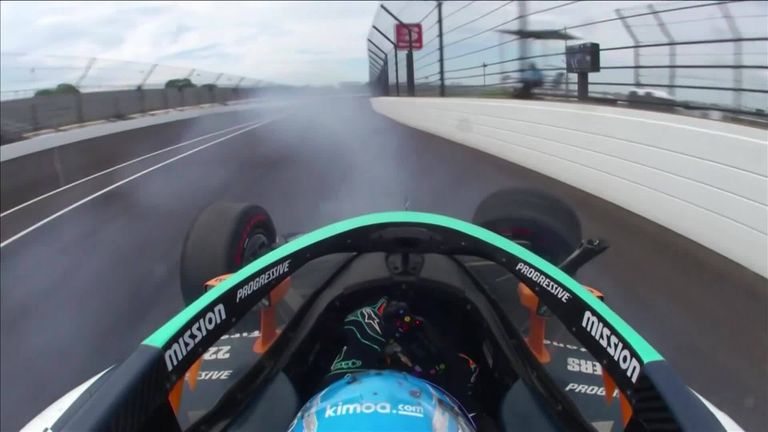 Marco Andretti recorded the quickest four-lap average of 231.351mph as the Honda-powered Andretti Autosport team dominated at a hot Indianapolis Motor Speedway on Saturday, finishing with the fastest four cars.

The fastest nine qualifers include 19-year-old Dutch rookie Rinus VeeKay, who had the sixth-best average.

But there were established IndyCar names locked into positions further down the grid with Alonso for the August 23 showpiece.

Watch the Fast Nine Shootout at 6pm on Sunday on Sky Sports F1 when the front three rows and pole position will be decided.