Five of the best! Lewis Hamilton’s latest triumph moves him level on Formula One victories with Michael Schumacher… so, which of his 91 wins make the top five?

Lewis Hamilton’s win at the Eifel Grand Prix on Sunday not only tightened his grip on the world championship lead, but also saw the Brit equal a record set by the great Michael Schumacher.

The six-time world champion’s latest triumph is hid 91st Formula One win, moving him level with the iconic Schumacher, as Hamilton’s status as one of the sport’s best stars strengthens. 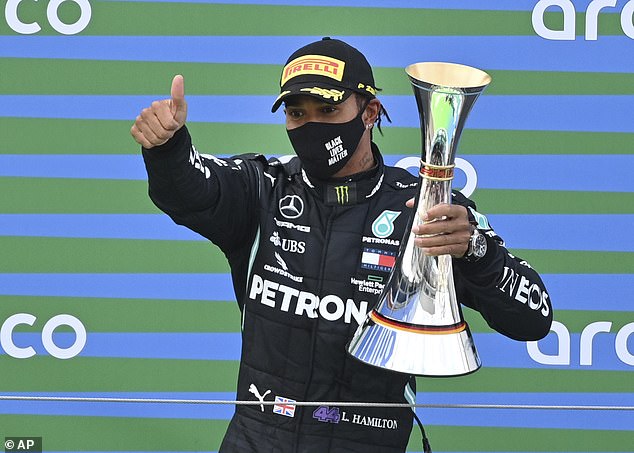 Lewis Hamilton not only tightened his grip on the world championship, but equalled a record 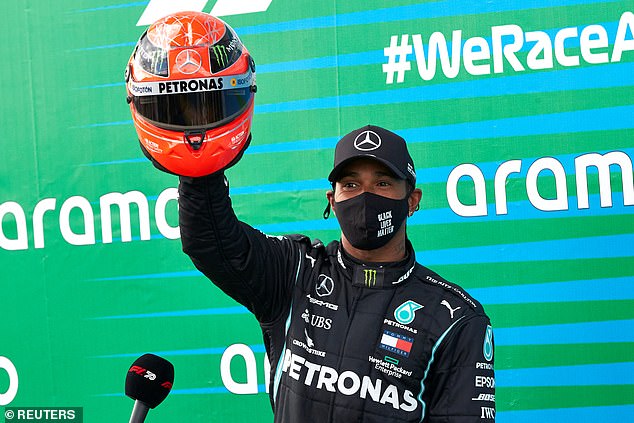 The first of Lewis Hamilton’s great drives in the wet.

In his debut season among the rain-lashed foothills of Mount Fuji, he produced a masterclass of precision and serenity, pulling away at the rate of a second a lap as rivals slipped and slithered.

Just 15 races into his career, he led the championship. 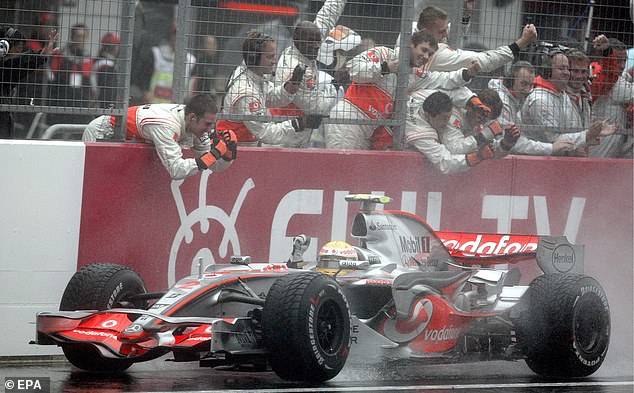 More echoes of his hero Ayrton Senna, and the performance that may stand out most vividly when all the others are sepia-tinged.

In hissing rain, Hamilton flew from fourth to second at the opening corner and then passed Heikki Kovalainen in the other McLaren to win by 70 seconds.

He was sure-footed while his title rival Felipe Massa spun five times. 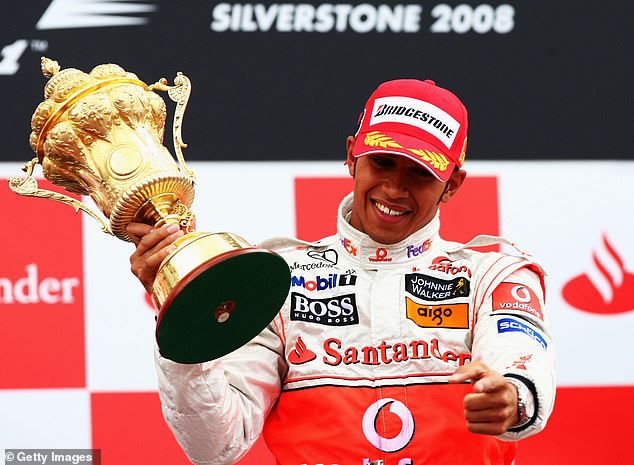 The so-called Race of the Century with tussles up and down the field.

Hamilton’s duel was with Nico Rosberg, the pole-man who had dominated practice.

He beat the German off the line and held him at bay with brilliant defensive driving to propel himself towards his second world title after a six-year wait. 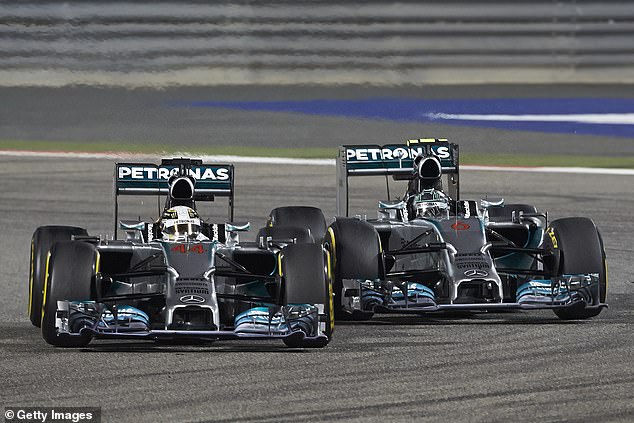 A mechanical failure in qualifying condemned him to start 14th but he roared through the pack to pounce when Sebastian Vettel crashed out as rain fell near the end.

At times, he was three seconds quicker than anyone else. He deserved the break the Vettel-inspired safety car granted him. 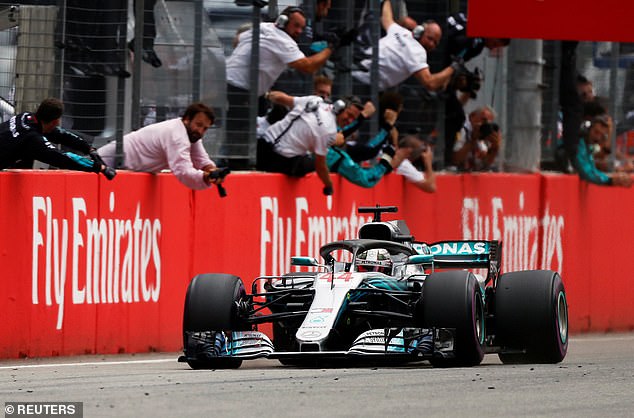 ‘Ferrari have a problem,’ said Damon Hill, ‘and it is called Lewis Hamilton.’

Combining patience and pace in a Mercedes slightly inferior to the home machinery that had locked out the front row, and amid local hostility, he passed Kimi Raikkonen eight laps from the end to disbelieving silence in the stands.

The victory set him up for title No 5. 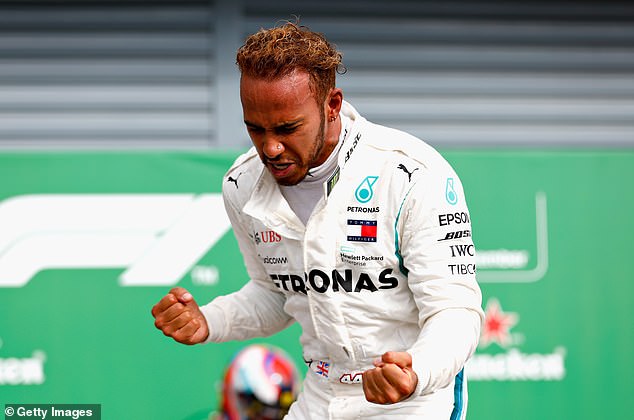