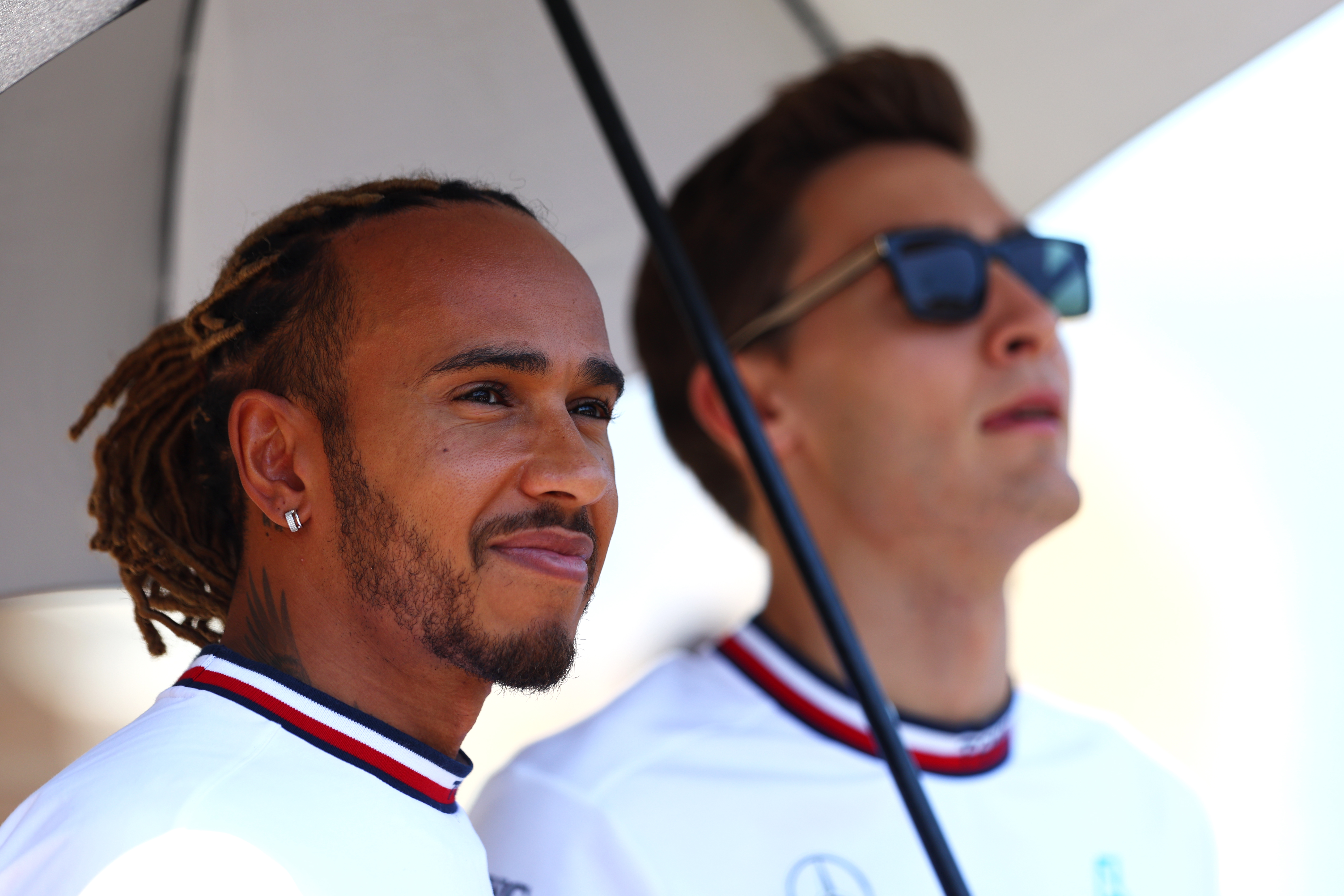 Lewis Hamilton says he is hoping George Russell can take on the ‘guinea pig’ role at Mercedes in the second half of the 2022 Formula 1 season, as the team tries to make its way back to the front of the field.

The Silver Arrows have been the fastest team in F1 every year since 2014, but have been off the pace this year and unable to challenge for wins with frontrunners Red Bull and Ferrari.

The Brackley-based squad’s W13 car has been beset by problems with porpoising for the majority of the season, meaning experiments with setups have been necessary at each circuit in the opening nine rounds of the campaign in order to try to improve their challenger’s performance.

Porpoising is the name given to the aerodynamic quirk whereby the new generation of F1 cars bounce up and down violently at high speeds, causing the drivers’ heads to ricochet wildly back and forth as intense loads are sent through their spines.

Mercedes have suffered from the problem more than the other nine teams in F1, and Hamilton has largely undertaken the more experimental setup tests since the start of the campaign, with the team apologising to him after the Azerbaijan Grand Prix when an aggressive setup left him with back pain so severe he struggled to exit the car at the end of the race.

Now, after struggling with the setup of his car in free practice ahead of last weekend’s Canadian Grand Prix before eventually finishing third, Hamilton is hoping Russell can help lighten the load.

‘Yeah, maybe in the second half of the season George can do the experiments!’, Hamilton joked. ‘We’re just trying to work… we’re just trying to progress as a team. And yeah, I think moving forward, I think we’ll be a little bit more cautious on doing too many experiments as it really does hinder you through the weekend, especially if you only have practice one and two in the dry and don’t get a FP3, for example.

‘So yeah, I think there’s lots of learnings from this weekend, and improvements that we can make moving forwards. But you know, really great pace [in Canada]. And it’s so nice to see, it’s not always been the case I’ve had with this car so it’s nice to have a bit of a good battle with her today, her or him, whatever you call a car.

Hamilton took just his second podium finish of the season in Montréal, after originally aiming to challenge for a potential eighth world championship going into the campaign. Now the 37-year-old is hoping to compete for victory at the British Grand Prix next time out.

‘And I really hope, moving to Silverstone… it’s such an important race for us and for me and so I really hope that… I just want to be in a battle with these guys.

The 2022 F2 campaign will continue with the British Grand Prix at Silverstone on the weekend of 1-3 July.