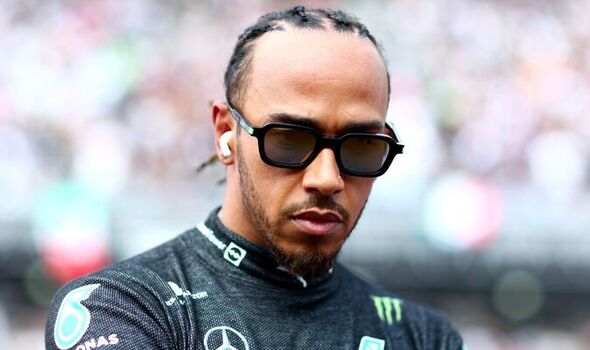 Lewis Hamilton has hinted at a ‘plan’ at Mercedes in a fresh sign that he could be about to pen a new deal with the Silver Arrows. Seven-times world champion Hamilton’s contract is set to expire at the end of the 2023 season, but reports suggest that he could be in line for an extension.

Mercedes have endured a tough year, with neither Hamilton nor team-mate George Russell able to boast of a race win in 2022. It is the first time that the 37-year-old has not recorded a win in a single season during his career.

But Hamilton insists that his physical well-being is the best it’s ever been and hinted at a ‘plan’ with Mercedes. It could be the announcement of a new contract, with the Formula One icon believed to be having discussions with Toto Wolff soon.

“In terms of my physical well-being, I feel the best I’ve physically ever been because I’ve been really focused on that as you get older,” Hamilton told FormulaOne.com.

JUST IN: Toto Wolff weighs in on Lewis Hamilton and Fernando Alonso feud

“I’m generally loving driving so I’m working on a plan. I can’t tell you what that is just yet, but there is no limit to what we can do.”

He added: “I want to be creative and continue to do all the other things I get to do. I get to be myself at this team – and the support from Mercedes has been incredible since day one.

“Together, it’s not just about winning, we can be part of the many people in the world that are trying to change the world for the better – and that’s what we can try and do together, as it’s a huge brand that can have a huge influence on the world.”

It has long been rumoured that Hamilton will extend his F1 career beyond 2023, with the Briton still hoping to win a record eighth world championship. The details of a potential agreement between Hamilton and Mercedes have been kept quiet, but the driver did insist in October that he plans on racing for much longer.

“I plan on staying longer. It’s just not set in stone how long,” Hamilton said ahead of the Japanese Grand Prix a month ago.

“I’m feeling good. I love what I’m doing. We have a lot of work to do, a lot to achieve still. I’m not planning on going anywhere, any time soon.”