‘I think it is going to be a lot closer’: Lewis Hamilton brushes off dominant Hungarian Grand Prix practice pace by claiming he expects rivals to gain back ground ahead of qualifying

Lewis Hamilton believes his domination of dry running in first practice for the Hungarian Grand Prix should not be taken as as sign of another Mercedes walkover this weekend.

Hamilton was well over a second clear of all his main rivals from Ferrari and Red Bull as he edged out team-mate Valtteri Bottas despite running the slowest hard compound tyre during the morning session.

It followed an impressive double header in Austria for Mercedes where both their drivers took wins at the Red Bull Ring, indicating that the Silver Arrows were once more going to be the team to beat in 2020. 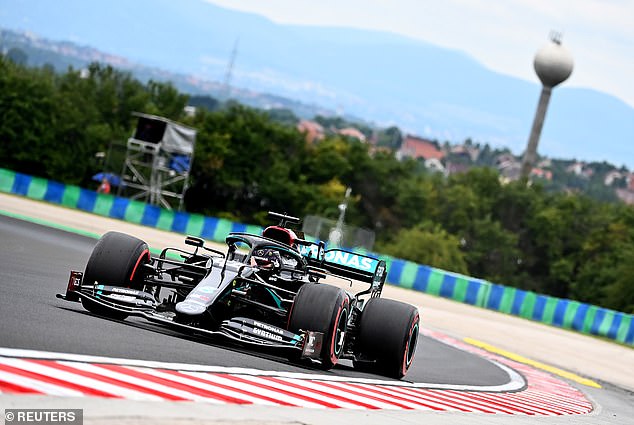 The world champion though refuses to get complacent ahead of the third race of the season, claiming he expects more to come from the rest of the teams come Saturday’s practice and qualifying sessions.

‘It was a great first session, we did everything we needed to do,’ he told Sky Sports.

‘Don’t take too much from it. Everyone is doing something different from it in terms of wing, fuel and engine etc. 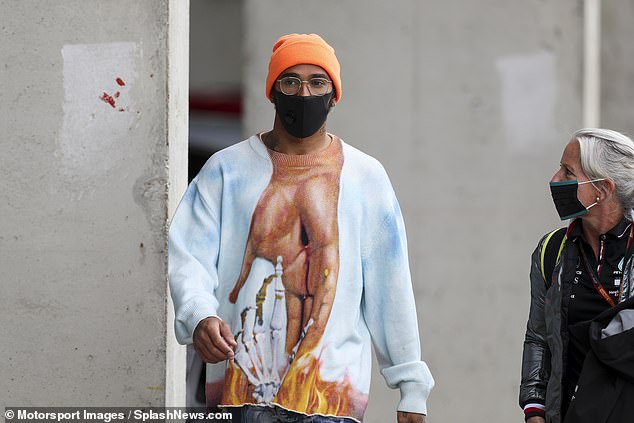 ‘But we got through what we needed to get through. I think it is going to be a lot closer going into final practice and qualifying.’

The 35-year-old opted not to set a competitive lap during Friday afternoon’s second session which was hit by a heavy downpour and saw Sebastian Vettel go quickest for Ferrari.

Hamilton proved last weekend at the Styrian Grand Prix how dominant he can be in wet conditions by setting a stunning pole position time over a second quicker than anyone else. 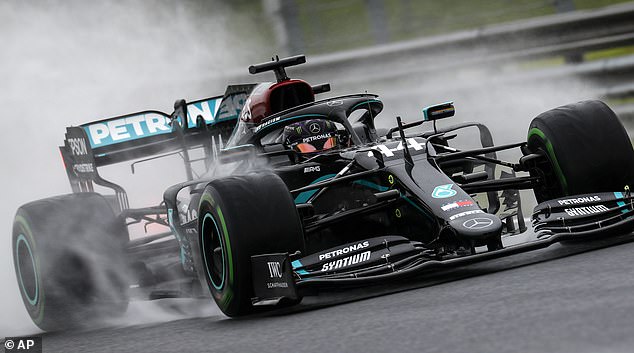 The afternoon session was hit by heavy rain, which Hamilton hopes will stay away on race day

However he admits that the twisty Hungaroring circuit is set to throw up unpredictable weather all weekend, and that he would rather have a dry race.

‘It’s supposed to be something like this, the same as today [mixed conditions]. Who knows? It might be raining all day tomorrow,’ he added.