The Formula 1 title chase took another turn on Sunday after Charles Leclerc crashed out of the French Grand Prix, allowing Max Verstappen to extend his lead at the summit. The former was forced to retire as leader for the third time so far this season, a sign of just how different the title fight may be were it not for those malfunctions.

George Russell and team-mate Lewis Hamilton finished third and second, respectively, at the Circuit Paul Ricard, marking the first time both drivers have podiumed as partners. The Mercedes newcomer is only slightly younger than Verstappen and Leclerc (all 24), and the Briton is enthralled by the close competition between his peers.

Russell told BBC Sport he’s “enjoyed seeing the dynamic” between Verstappen and Leclerc unfold this season as the two former karting rivals reach the top of their game. He described Leclerc as “an extraordinary driver” despite his crash in France on Sunday and was confident in the Monegasque’s ability to bounce back.

As for Red Bull ace Verstappen, Russell appeared a lot more forthright in his praise of the reigning titleholder: “There is no doubt that Max is incredibly solid and doing an exceptional job and he’s raising the bar.” 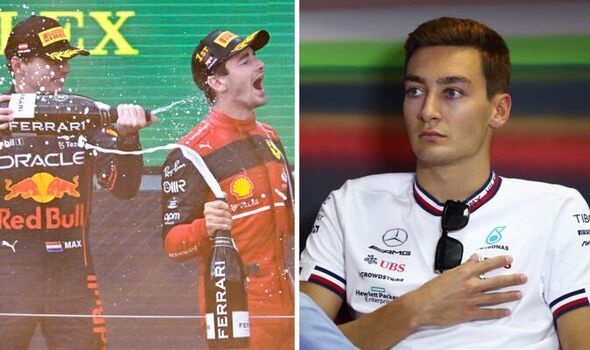 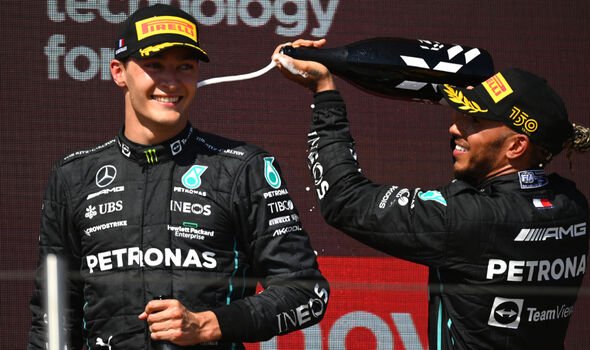 A 63-point advantage with 10 races to go supports that theory, with Verstappen aiming to follow Sebastian Vettel’s lead in becoming the second Red Bull driver to collect multiple titles. The four-time world champion announced on Thursday his plans to retire when his Aston Martin contracts expires at the end of this year, on track for a career-worst finish as he sits 14th.

Russell, meanwhile, is poised to smash his personal best after achieving a high of 15th with Williams last year. The Norfolk native is still yet to finish higher than third with the Silver Arrows, but four podium placements have lifted him to fifth in the pecking order.

Hamilton, 37, has also improved and closed to with 16 points of his Mercedes comrade after crossing the line second in Le Castellet. The seven-time champion has finished third or better in his last four starts, having gone seven races without a podium prior to that.

While it’s true Ferrari have made major strides with their design this term, a combined seven retirements between Leclerc and comrade Carlos Sainz have stunted their success. Red Bull boss Christian Horner has lauded Verstappen’s improved maturity which, combined with a winning machine in the RB18, could lead to a second straight F1 title.