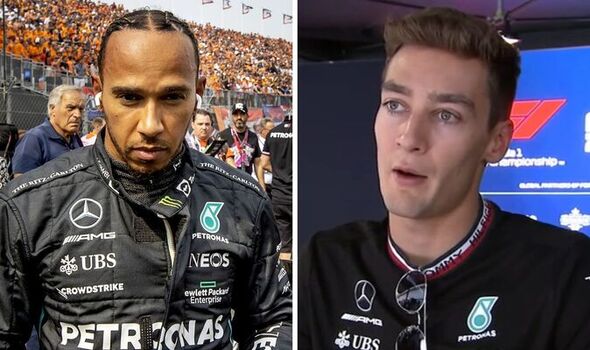 George Russell has rejected any notion that there are any team orders at Mercedes following the dramatic Dutch Grand Prix last weekend. Lewis Hamilton and Russell appeared to be spot on for their strategy at Zandvoort last week with both drivers starting on the medium compound.

With all other drivers set for a two-stop strategy, Mercedes looked on their way to their first win of the season. But two Safety Car periods disrupted Hamilton’s chances of winning, with the second frustrating him even further.

Mercedes chose to do the opposite to what Max Verstappen was going to do and both drivers initially stayed out on the medium tyres while the Red Bull star came in for softs. That still gave Mercedes a small chance at winning with Russell sitting in between Hamilton and Verstappen ahead of the restart.

But Russell then opted to pit for softs himself, leaving Hamilton exposed to Verstappen and the seven-time world champion would eventually drop out of the podium places. For Russell, it proved to be the right call as he was able to finish a career-best second. 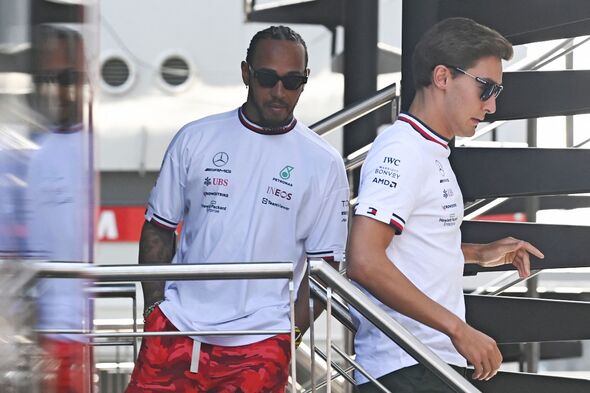 Hamilton was furious on team radio, but later backtracked on his comments apologising to the team. When asked on Sky Sports if he would have accepted a ‘team order’ from Mercedes to act as Hamilton’s ‘buffer’, Russell replied: “I think we’ll both go out and try to do the best race possible for the team and for ourselves.

“Ultimately I want to finish as high as possible and if we both stayed out and there was an opportunity to go for the lead I would have gone for it. Equally, I would have had Max directly behind me on fresh tyres.

“I prefer finishing second than finishing third so I’ll be doing my utmost to keep it like that. But there’s no team orders. There’s no No 1 or No 2.

“We’re on a completely equal playing field and that’s how it should be.” The Italian Grand Prix looks set to go ahead as planned this weekend following the death of Queen Elizabeth II.

Sport up and down Britain has been suspended or cancelled altogether with Premier League, EFL and WSL matches being postponed. F1 has a number of UK-based teams in the sport, but early indications from the sport’s governing body is the race will go ahead.