Lewis Hamilton seemingly has one main obstacle to overcome in negotiations with Mercedes over a new contract and it regards George Russell’s future. Mercedes are the only team in the F1 paddock yet to have two drivers signed up for the 2021 season with Hamilton still technically a free agent.

Negotiations have been ongoing since the final race of last season in Abu Dhabi and Toto Wolff has stated his belief that Hamilton will eventually put pen to paper on a new deal.

There have been reports suggesting that Hamilton’s list of demands are holding up an agreement being made.

The 36-year-old’s last contract was the most lucrative deal in F1 history as he was previously earning £40million-a-year.

Having just won his seventh World Championship – equalling Michael Schumacher’s all-time record – Hamilton may well want to be compensated for his achievements.

JUST IN: Lewis Hamilton ‘does not want George Russell at Mercedes’ 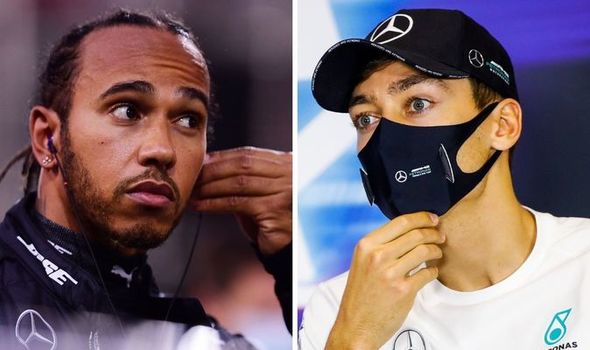 But another stumbling block could well be the length of his contract with Mercedes, likely to be his last in F1.

Hamilton made it clear last year that he had plenty of fight left to carry on racing, suggesting he would like to sign a multi-year deal with Mercedes.

However, Hamilton’s future could potentially be linked with Mercedes’ plan for Russell in the long term.

The young British driver has been tipped to take a seat at Mercedes next year, with Valtteri Bottas thought to be the one under the biggest threat.

But Formula1news report there is a ‘real chance’ that Russell could in fact replace Hamilton this season.

Russell earned high praise for his performance in Hamilton’s car at the Sakhir Grand Prix last season and looked likely to take his first Grand Prix win in F1 before a pit error and a puncture ruined his race.

Hamilton though will most likely be confident that Mercedes won’t move to promote Russell this season, largely due to the 22-year-old having a contract with Williams until the end of the year.

Speaking in July last year, Mercedes team principal Wolff made it clear that he would honour Russell’s contract with Williams. 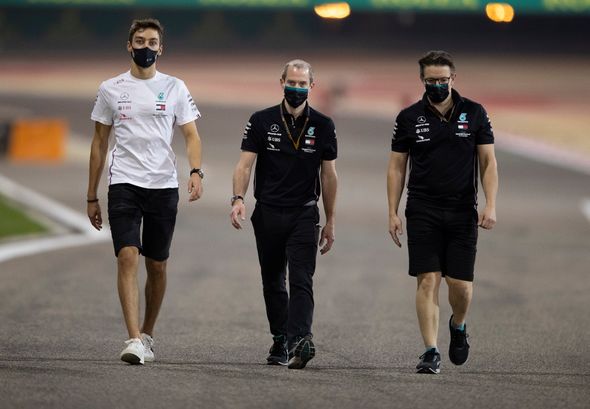 “George has a three-year contract with Williams, which will expire at the end of the year. Claire has made it clear that she sees George as an important aspect for the team and we have to respect the contract,” he said.

“And even if George was a free driver, he wouldn’t be guaranteed a spot at Mercedes. In the long run he is an important driver for us, but not for 2021.”

Hamilton still holds all the cards in negotiations with Mercedes regarding a new contract and Russell will almost certainly not be taking his set this year.