Formula E driver Mitch Evans says not getting to Formula 1 will haunt him for the rest of his life.

Evans, 25, who will try to protect his championship lead in the Marrakesh E-Prix on Saturday, said the journey to F1 is “brutal”.

He told BBC Sport: “It was tough. I worked so hard and got so close, but Formula E was starting to grow and Jaguar gave me a lifeline.

The New Zealander, who has two Formula E victories, won the GP3 – now Formula 3 – title in 2012, and spent four years in what is now Formula 2 while fighting to get to F1.

“I was so set on F1. It’s so hard, it’s many, many years in the making trying to get there and I came a long way from New Zealand – to not get there was extremely tough to take.

“I know I’m more than capable of being in F1, but it’s so political that timing is everything – it’s probably going to haunt me for the rest of my life.

“But it doesn’t hurt as much as it does a few years ago because I’m in a really good place in my life now.” 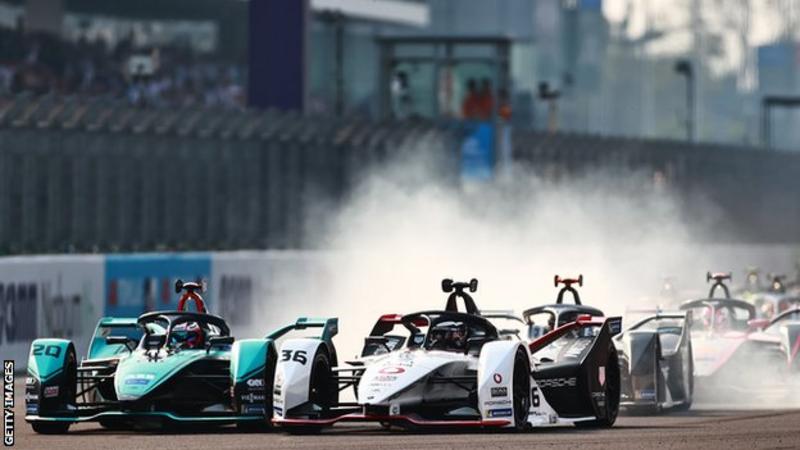 Evans is managed by former F1 driver Mark Webber, who spotted him while racing in Australia and helped him make the move to Europe in 2010. He joined Jaguar in 2016 when they entered Formula E and is the team’s most successful driver.

His second career victory came in Mexico this month following a masterful overtake at the first corner, which led to a dominant victory.

“I’m extremely competitive and I want to win for the team that has given me the opportunity, and that’s the best feeling. The next thing to top that is the championship.”

Formula E has been designed so that no one car or team can dominate.

Last year, there were eight different winners in the first eight races, and all cars have the same battery and chassis. Teams can develop their own drivetrain (which delivers power to the wheels), all of which means a pole position or a race win should be achievable for all.

“It makes the race extremely exciting because everyone has got a shot at victory,” says Evans. “Even if you have a bad qualifying and you’re starting towards the rear, you still know that you’re in it. In F1, if you qualify 12th, the chances of you staying there are pretty high.

“But it also adds to the satisfaction that when you do get it right. It’s stressful but it should be competitive and it should be unpredictable.

“[Winning is] hard to explain because it’s just such an amazing, rewarding feeling. It gives you more hunger to keep it up and repeat it.”