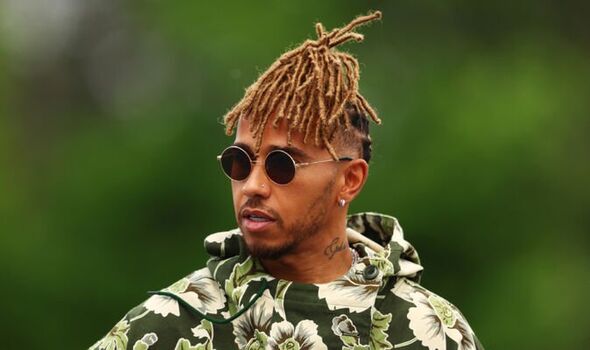 Sky Sports F1 expert Ted Kravitz has warned that the FIA’s intervention on porpoising may have a “very negative effect” on Mercedes and Lewis Hamilton ahead of the Canadian Grand Prix. The governing body released a statement on Thursday insisting that it will try to curb the bouncing that Hamilton and team-mate George Russell have experienced in their car this season.

Some of the new generation of cars have suffered from an aerodynamic issue that causes bouncing, which has plagued the seven-time world champion in particular while Russell has claimed that a major incident is waiting to happen. The FIA is set to introduce changes and hold further meetings with teams, but Kravitz has warned that the steps they are taking will not benefit Hamilton.

“It’s quite a surprise because Mercedes have been spending the last couple of weeks and races saying that something should be done to address the bouncing issues,” Kravitz told Sky Sports F1. “The porpoising of the cars, which is an aerodynamic phenomenon.

“Actually, at the last race, it wasn’t the aerodynamic phenomenon. It was the fact that Mercedes were running their cars very low to the ground and the cars were hitting the track when they hit some bumps.

“So what Mercedes were wanting to hear from the FIA, was some kind of rule on maybe everybody raising their cars up so that the drivers wouldn’t get a bad back.

“Instead, what they got from the FIA, is almost a taskforce, a technical directive addressing the people whose cars are bouncing, namely Mercedes.

“So this is working against Mercedes and this could have a very negative effect on Lewis Hamilton’s season. Based on what they’re saying, the FIA are going to look at ways of stopping the porpoising, on the Mercedes all that means is raising the car up so that the car doesn’t hit the ground anymore and cause a pain in the back any more to Lewis Hamilton and George Russell.”

Hamilton complained of back pain at the Azerbaijan Grand Prix as his car suffered tremendous porpoising, and was a doubt to compete in Canada but confirmed his intention to race this weekend. “Of course, the consequence of that is the Mercedes cars will go slower because that is not the way they like to be run for maximum speed,” Kravitz added. “They like to be run close to the ground – and if you get a bad back, well I’m sorry that’s just the consequence of going quick. You raise the Mercedes up, you’re going to go slow.

“So that’s the reaction that we’re having here in Canada to what’s been really a surprising intervention by the FIA and not one that Mercedes were after.”