The FIA have responded to Lewis Hamilton, Lando Norris and Max Verstappen over a series of complaints they made about track limits rules at the Austrian Grand Prix. In a statement released after the race, the FIA reiterated that track limits rules had been “consistent” with the other races.

A statement said: “The monitoring of track limits during the 2022 FIA Formula 1 Austrian Grand Prix has been consistent with all previous events this year. At each circuit, the white line is used as the defined limit of the track, and this has been implemented following discussions with the drivers and teams to improve consistency and clarity for the competitors and fans.”

It comes after scores of drivers were issued warnings for crossing the white lines on Sunday afternoon. Norris was among several drivers who were issued five-second penalties for breaching the rules.

However, the FIA have defended their actions, admitting the number of penalties was still “proportional”.

They added: “The number of penalties today is proportional to the number of infringements of Article 33.3 of the Sporting Regulations, with drivers during the race given two ‘strikes’ for crossing the white line with all four wheels, followed by a black and white flag for the third infringement, and referral to the stewards for each subsequent infringement.” 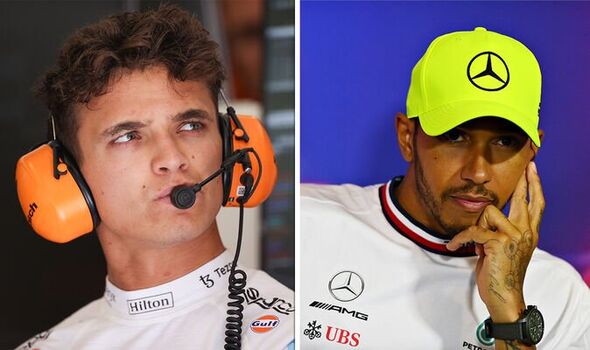 Hamilton blasted track limits rules over team radio during the Austrian Grand Prix. The seven-time champion snapped back at stand-in race engineer Marcus Dudley when he was told that he had picked up some track limits warnings. He said: “That’s BS. I didn’t go wide.”

Dudley replied: “A-firm, we will have a look Lewis.” Hamilton shouted back: “Are other people getting it? There’s loads of people going off.” Verstappen said the policing of track limits rules had been a “joke” over the weekend and admitted it was not easy to stay within the white lines on every lap.

He said drivers should not be penalised for running slightly wide as it was no guarantee drivers would gain any time. 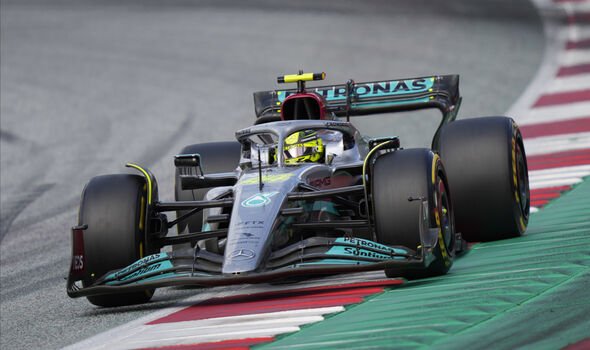 Norris reiterated this opinion, revealing he was penalised despite losing time running wide.

He explained: “I lost time, so when you look at it that way, I can say it’s a bit stupid. I’ve locked up, I’ve hit the exit kerb, I’ve lost like three or four-tenths. So it’s not like not punishing me for the last corner where you just commit to running off and gaining an advantage. This was just me making mistakes. So I don’t feel like I should be punished for it.”