The FIA has defended its ‘extensive and thorough investigations’ into the engine Ferrari raced with last season, insisting it was ‘impossible’ to provide evidence of a breach.

On Wednesday, seven of Formula One’s 10 teams published a joint statement expressing surprise and shock at the FIA’s confidential agreement with Ferrari.

The teams – including Mercedes, Red Bull and McLaren – are concerned that the FIA’s investigation does not establish whether Ferrari, who finished second in the 2019 constructors’ championship – bent the rules. 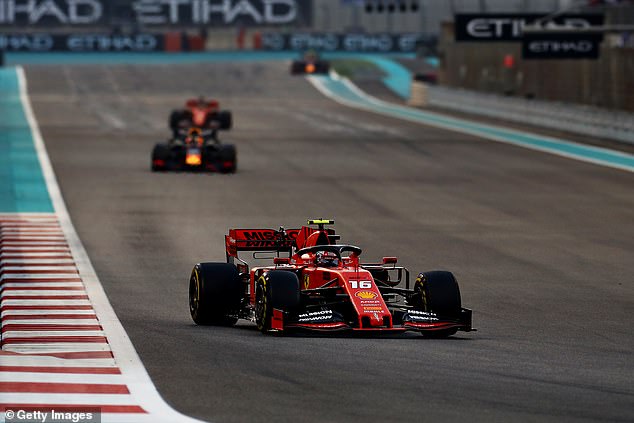 The FIA, however, maintain while ‘not fully satisfied’ with Ferrari’s responses, reaching the agreement was in the best interests of F1 as to ‘avoid the negative consequences that a long litigation would entail’.

A statement from the governing body read: ‘The FIA has conducted detailed technical analysis on the Scuderia Ferrari Power Unit as it is entitled to do for any competitor in the FIA Formula One World Championship.

‘The extensive and thorough investigations undertaken during the 2019 season raised suspicions that the Scuderia Ferrari PU could be considered as not operating within the limits of the FIA regulations at all times.

‘The Scuderia Ferrari firmly opposed the suspicions and reiterated that its PU always operated in compliance with the regulations.

‘The FIA was not fully satisfied, but decided that further action would not necessarily result in a conclusive case due to the complexity of the matter and the material impossibility to provide the unequivocal evidence of a breach.

‘To avoid the negative consequences that a long litigation would entail especially in light of the uncertainty of the outcome of such litigations and in the best interest of the Championship and of its stakeholders, the FIA, in compliance with Article 4 (ii) of its Judicial and Disciplinary Rules (JDR), decided to enter into an effective and dissuasive settlement agreement with Ferrari to terminate the proceedings.’ 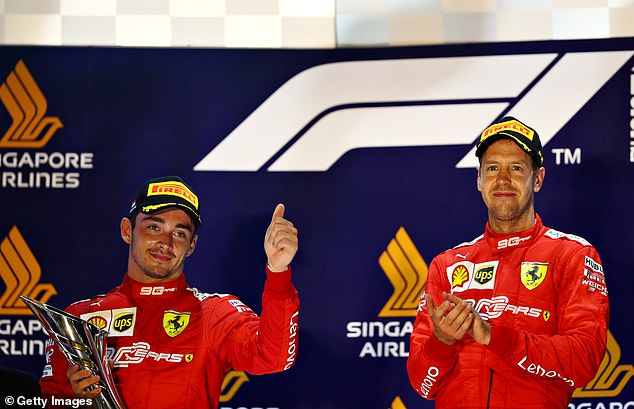 Should the Scuderia have been thrown out, the eight teams finishing behind them would be rewarded with a hefty increase in prize money.

Suspicions were raised Ferrari had exploited a grey area in the rules to increase their fuel flow and boost performance. Ferrari team principal Mattia Binotto has always denied any wrongdoing.

The FIA closed the potential engine loophole ahead of the United States Grand Prix in November, before which Ferrari had recorded six consecutive pole positions and amassed three victories.

Ferrari were subsequently off the pace at the Austin race, and the remaining final two rounds of last year in Brazil and Abu Dhabi. They also appeared to be down on power during pre-season testing.

In response to criticism of the confidential settlement, the FIA said the agreement was a ‘legal tool recognised as an essential component of any disciplinary system and is used by many public authorities and other sport federations in the handling of disputes.’

In conclusion, the governing body added: ‘The FIA will take all necessary action to protect the sport and its role and reputation as regulator of the FIA Formula One World Championship.’

FULL JOINT LETTER TO THE FIA

‘We, the undersigned teams, were surprised and shocked by the FIA’s statement of Friday 28 February regarding the conclusion of its investigation into the Scuderia Ferrari Formula 1 Power Unit.

‘An international sporting regulator has the responsibility to act with the highest standards of governance, integrity and transparency.

‘After months of investigations that were undertaken by the FIA only following queries raised by other teams, we strongly object to the FIA reaching a confidential settlement agreement with Ferrari to conclude this matter.

‘Therefore, we hereby state publicly our shared commitment to pursue full and proper disclosure in this matter, to ensure that our sport treats all competitors fairly and equally. We do so on behalf of the fans, the participants and the stakeholders of Formula One.

‘In addition, we reserve our rights to seek legal redress, within the FIA’s due process and before the competent courts.’