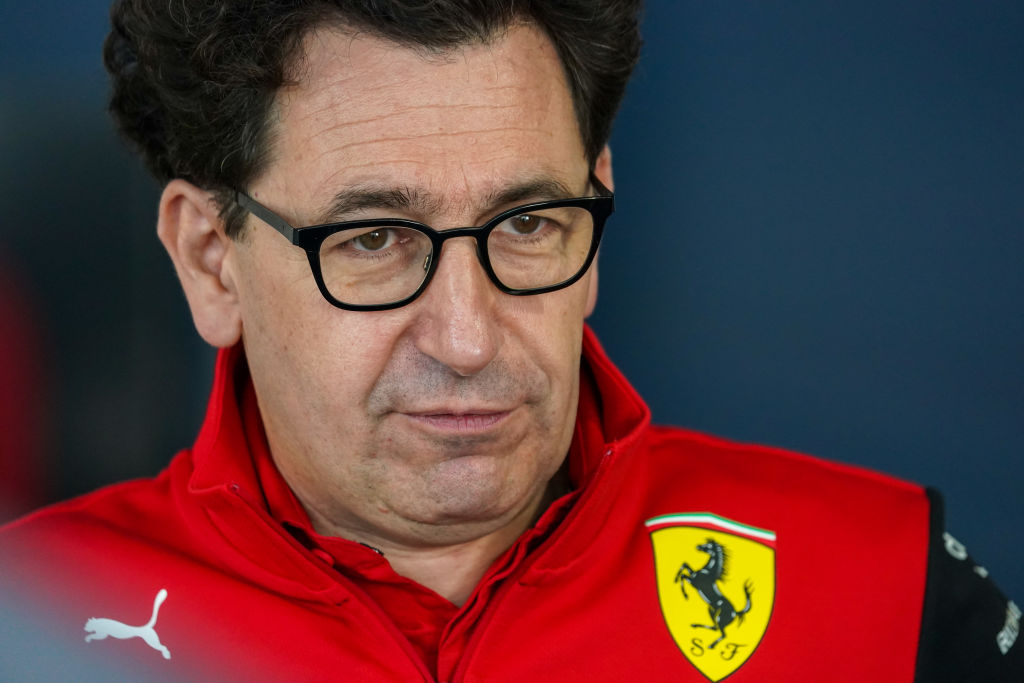 Ferrari team principal Mattia Binotto has insisted that the team will not favour either Charles Leclerc or Carlos Sainz Jr. at this stage of the season.

While Ferrari have the edge on Red Bull in terms of pure pace, a number of strategy errors and reliability issues have left the Scuderia trailing their title rivals in both championships at the halfway point of the season.

After 11 races, Leclerc is second, 38 points behind Max Verstappen, and Sainz Jr. is fourth and whopping 75 points of the leader, leaving Ferrari 56 points off Red Bull in the constructors’ table.

Sainz Jr. for his part has had terrible luck in 2022, failing to finish four races, with three of those retirements caused by mechanical-related issues.

As such, some have suggested that if Ferrari do want to win at least the drivers’ championship, they should throw their backing behind Leclerc and give him preferential treatment over Sainz Jr.

But Binotto has claimed this will not happen, at least not right now, saying: ‘The fastest car on track is the one which is prioritised.

‘We believe by doing so, certainly at this time of the championship, [it] is the best thing we can do.

‘If, later in the championship, there will be one of the two drivers that got most of the opportunities, certainly we may try to give him full priority, but it’s not the situation right now.

‘First, what we are trying to do each single race is [to] try to maximise the team points.

‘Obviously, there [are] two championships, the Constructors’ and the Drivers’. By maximising the team points, I’m pretty sure we are as well maximising the drivers’ opportunity by taking points [from] the opponents.’

Ferrari’s last constructors’ title came in 2008, while the last driver in red to win the championship was Kimi Raikkonen the year before that.

With two more races left before the summer break, namely France and Hungary, a lot could still change in the championship, but if Verstappen extends his lead, then surely Ferrari will reconsider their strategy.

And while it is commendable that they should allow their drivers to race freely, something that Red Bull have been criticised for not doing with Verstappen and Sergio Perez, Leclerc and Sainz Jr.’s duels at the British Grand Prix and the Austrian Sprint Race could have cost the team valuable points.

‘The opponents should not be Charles for Carlos and Carlos for Charles, but certainly Max, Lewis [Hamilton] and the others,’ Binotto added.

‘So, we need to cope with it, but still I’m pretty happy to see those two drivers fighting.’