Vettel’s long-time rival Lewis Hamilton managed to complete less than a 10th of the German’s tally of 145 laps on the penultimate day of testing, with his afternoon cut short by an oil pressure anomaly.

And Ferrari fans wasted no time in taking the opportunity to troll reigning F1 champions Mercedes outside their motorhome in the paddock.

Members of the tifosi unfurled a huge flag in front of the Mercedes motorhome after Hamilton ended the day bottom of the pile of 13 drivers.

Ferrari fans will be desperate for Vettel to take his good form from Thursday into the season-opening Australian Grand Prix in a little over two weeks’ time. 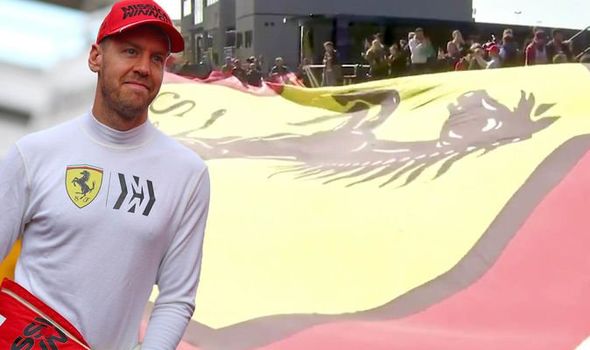 The 32-year-old is out of contract at the end of the oncoming campaign and rumours persist he will be replaced by Mercedes’ Hamilton, whose own deal expires in the winter.

Ferrari team principal Mattia Binotto has, though, this week reiterated that Vettel remains the team’s first choice to race alongside Charles Leclerc in 2021.

Binotto offered a promising analysis of Vettel and Leclerc’s new SF1000 car ahead of Thursday’s testing sessions, in which only the veteran drove.

“The car of this season compared to the one of last season is overall faster,” said Binotto. “We are faster in the cornering, slower on the straights, which was an objective when designing that car. 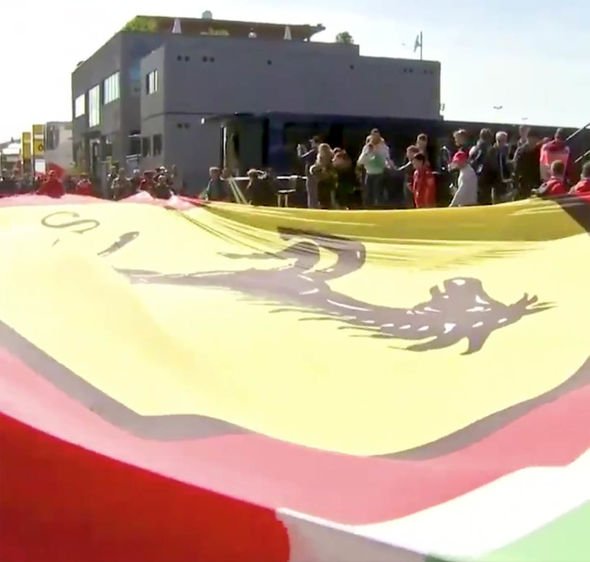 “We know that last year that we were too slow in the corners so we tried to put as much downforce as we could in the car to be as fast as possible in the corners, but now we’re paying off on the straights.

“Still in terms of overall balance, set-up, slow speed corners it is something we need to improve but that’s part of the job of this week.”

Ferrari’s showing on Thursday represented a marked improvement from their best performance of testing so far, when Vettel was sixth-fastest on day two of week one.

Ferrari have one more day of on-track testing to go before they make their way to Melbourne for the first race of the 2020 F1 campaign.

Ferrari arrived in Australia as pre-season favourites last year, but their overconfidence came to nought as Valtteri Bottas and Hamilton secured a Mercedes one-two.