F1: Alonso heads out for run ahead of return

Alpine boss Otmar Szafnauer has spoken out on Fernando Alonso’s planned move to Aston Martin, claiming that the first time he became aware of the switch was when he read the press release. The Spaniard caught many by surprise when the end-of-season move was announced on Monday, with Alonso poised to replace the retiring Sebastian Vettel.

Alonso put in a solid performance on Sunday, finishing P8 ahead of Alpine team-mate Esteban Ocon. The team as a whole have improved steadily during 2022, and are in an entertaining battle with McLaren for fourth spot in the Constructors’ Championship.

Nevertheless, news broke of Alonso’s planned switch to Aston on Monday. The double world champion will replace retiring four-time champ Vettel, who has decided to walk away from the sport after a glittering career.

According to F1 journalist Adam Cooper, Alpine boss Szafnauer claims to have had no idea about Alonso’s departure until he read the Aston press release. Furthermore, he had a chat with the veteran driver the night before and he was still under the impression that he would be staying on with the French team. 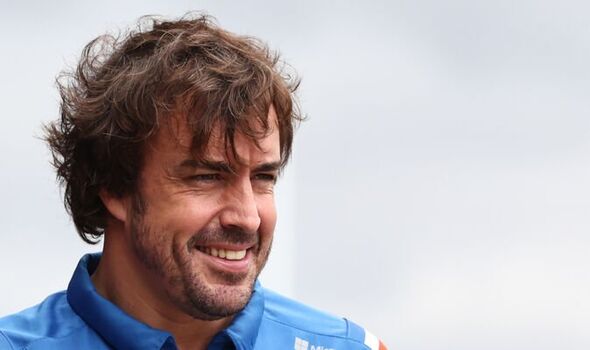 As part of Monday’s announcement, Alonso said: “This Aston Martin team is clearly applying the energy and commitment to win, and it is therefore one of the most exciting teams in Formula One today.

“I have known Lawrence and Lance for many years and it is very obvious that they have the ambition and passion to succeed in Formula One. I have watched as the team has systematically attracted great people with winning pedigrees, and I have become aware of the huge commitment to new facilities and resources at Silverstone.

“No one in Formula One today is demonstrating a greater vision and absolute commitment to winning, and that makes it a really exciting opportunity for me.”