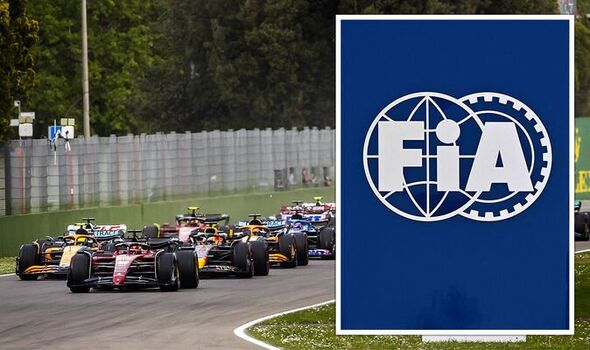 F1 teams have accused the FIA of ‘greed’ as the organisation pushes for extra money to run more sprint races from next season. F1’s Ross Brawn has called for an expansion to six races for 2023 after the success of the new format.

The new sprint has helped boost TV audiences for Saturday afternoon and is seen as an opportunity to launch a ‘bigger revenue stream’ in the future. Bosses claim it would be as simple as dropping practice sessions for races and have hit back at the FIA for not accepting the proposals.

Sky Sports’ Craig Slater said: “The word ‘greed’ was actually used to me. And a couple of teams said that, in their view, the FIA do not incur significant extra costs by replacing a practice session with a sprint event.

“They’re shocked that the FIA has taken this position. He added: “What we’ve had at this Formula One Commission meeting is a very significant split at the very highest level of Formula One.

“Among the subjects discussed was increasing the number of sprints to six next year. Formula One, the sport’s commercial rights holder, was in favour of that – there was unanimity among the 10 teams in favour of that as well – but it has not happened because the FIA cannot support it at this point.

“F1 and the teams have seen how the sprint increased TV audiences and view it attractive to younger fans. They hope it could gain independent sponsorship and become an even bigger revenue stream.”

To pass into the 2023 regulations, the new sprint race format needed to get 25 votes from 30 available. All F1 teams and Formula One Management (FOM) only make up 20 votes put together with the rest held by the FIA.

However, the FIA has reportedly claimed putting together sprint weekends is more intensive than initially claimed. More sprint races are likely to require extra checks and parc ferme requirements which would increase the workload on trackside teams.

It is understood the governing body will only accept the plans if extra resources are given to support the plans. In a statement, the FIA said: “With the first of three Sprint events of the 2022 season popular with fans and stakeholders last weekend at the Emilia Romagna Grand Prix, Formula 1 and the teams were supportive of an extension to six Sprint events for the 2023 season, running with the same format as in 2022.

“While supporting the principle of an increased number of Sprint events, the FIA is still evaluating the impact of this proposal on its trackside operations and personnel, and will provide its feedback to the Commission.”