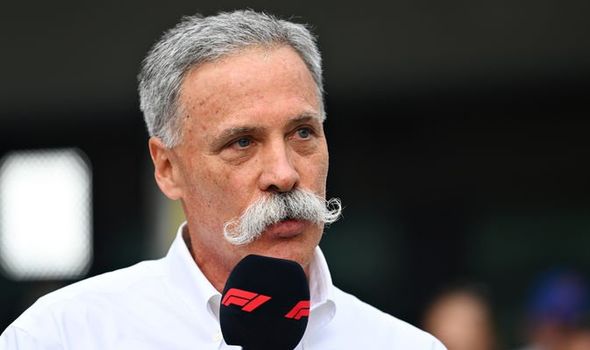 F1 chief Chase Carey has apologised for the farcical start of the season. F1 was ready to go in Australia and insisted it would get underway to kick off the season right up until the last minute when teams started isolating members who developed coronavirus symptoms.

The start of the campaign remains uncertain with races in Bahrain, Vietnam and China all postponed.

Races in the Netherland, Spain and Monaco are also in danger due to the coronavirus pandemic.

And Carey has tried to explain the movements in an open letter to F1 fans.

He said: “We apologise to those fans affected by the cancellation in Australia, as well as the postponement of the other races to date.

“These decisions are being made by Formula 1, the FIA, and our local promoters in rapidly changing and evolving circumstances, but we believe they are the right and necessary ones.

“We also want to extend our thoughts to those already affected, including those in the Formula 1 family.

“We recognise everyone wants to know what comes next for Formula 1 in 2020. We cannot provide specific answers given the fluidity of the situation.

“However, we plan to get the 2020 Championship season underway as soon as it’s safe to do so.

“We are engaging with experts and officials on a daily basis as we evaluate how we go forward in the next few months.”

Conflicting noises were coming out of the F1 fish bowl around the Australian Grand Prix until it was finally cancelled.

Now the drivers and teams are facing an uncertain time in planning for the campaign, as is much of the sporting world.

Lewis Hamilton was hugely critical at the time before the race was postponed.

He said: “I am really very, very surprised that we’re here.

“I think motorsport, I think it’s great that we have races but for me, it’s shocking that we’re all sitting in this room. So many fans here already today and it seems like the rest of the world is reacting — probably a little bit late.”

He added: “Naturally being on a flight with god knows how many people and then stopping in an airport full of so many people, I didn’t really think too hard on it.

“I’m trying to make sure I’m taking all the precautions I could, in terms of not touching things and always using hand sanitizer.”

However the biggest sound bite came when he was asked why he thought the race was still going ahead, and he said: “Cash is king.”

He added: “You’re seeing the NBA’s been suspended, yet Formula One continues to go on.

“I saw (80-year-old) Jackie Stewart this morning — looking fit and healthy and well — in the lift. Some people as I walked into the paddocks, some elderly individuals.

“It’s a concern for the people here. It’s quite a big circus that comes here so it’s definitely concerning for me.”