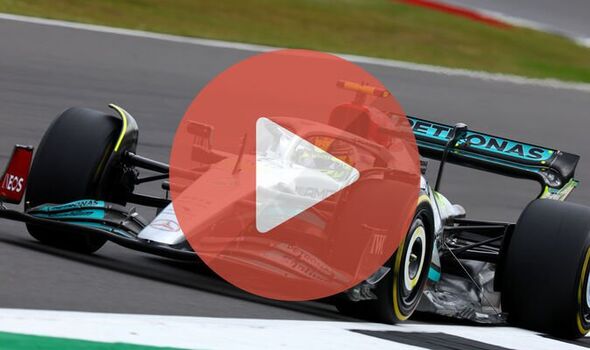 F1 returns to the home of British motor racing this weekend with the best drivers in the world lining up for the Silverstone Grand Prix. Max Verstappen – whose race ended early last year in a high-speed crash after contact with Lewis Hamilton – goes into this weekend’s race leading the title standings from team-mate Sergio Perez with Charles Leclerc behind. Sky Sports is once again broadcasting the Silverstone Grand Prix, but this time around you can also tune in to Channel 4 to watch the race live on terrestrial TV.

Watch the every race of the F1 season live

Sky Sports is the place where you can watch every single F1 race live. For just £46 per month you’ll get access to every Sports channel plus Netflix.

Silverstone time and time again delivers classic Grand Prix, so if you’re not with Sky don’t miss the chance to watch this weekend’s race live for free.

Last year’s Silverstone Grand Prix was the turning point for the championship, with Verstappen looking like he had an untouchable lead going into the race.

But the first lap collision with Hamilton at Silverstone followed by Verstappen being hit in the first corner of the Hungarian Grand Prix (in an accident sparked by Valtteri Bottas) led to roughly 50 point swing in the championship race.

Speaking on his return to Silverstone, Verstappen said he had “no hard feelings”. 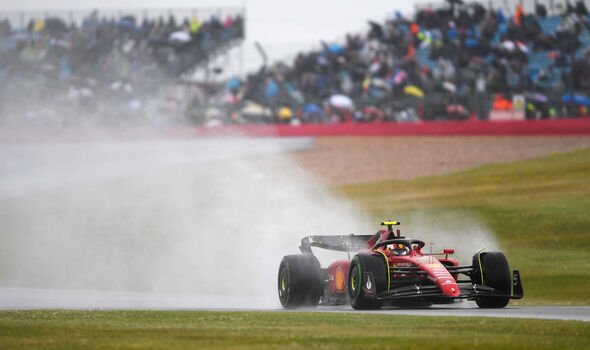 The Red Bull star said: “Of course, the crash wasn’t nice, but I love the track.

“I love going there. It’s [a] really good atmosphere with Formula 1, and we’re going really quick around there.

“So I don’t have any hard feelings. I also think very easily I can put these things aside. Of course, it wasn’t nice what happened, but at the end of the day, you deal with it.”

Verstappen, who made the comments in an interview with GP Racing, starts today’s race second on the grid while Carlos Sainz – who clinched his first pole in a rain drenched qualifying – will start at the front of the grid.

HOW TO WATCH THE SILVERSTONE GP

For this weekend, both Sky Sports and Channel 4 will be broadcasting the Silverstone Grand Prix live.

Sky Sports F1 subscribers will be able to tune in via channel 406 with pre-race coverage starting from 1.30pm and the red lights going out at 3pm. If you use Virgin to watch Sky then you’ll find the action on channel 506.

Everything is also beamed to tablets and smartphones via the Sky Go app which is available for both Android and iOS devices.

It’s worth noting that those who are away on holiday and trying to watch outside of the UK won’t be able to use Sky Go or All 4 due to geo-location restrictions. This problem can be easily fixed though by using a recommended VPN (Virtual Private Network). You can find some of the best options below…

NordVPN is our pick for the best VPN provider on the planet. With its beautifully designed apps, NordVPN makes it simple to protect yourself online and unlock streaming catalogues from around the world. It has software for iOS and Android, Windows and Mac, Fire TV Stick, and even your Wi-Fi router. It’s also one of the few VPN firms to automatically monitor the Dark Web to check whether any of your account details have leaked. Apple Pay and Google Pay are supported for a speedy, secure checkout

Closely behind NordVPN is ExpressVPN, which is one of the pricier options on the market. However, ExpressVPN offers a premium service to its subscribers, with servers in more countries than any other provider on this list. For those who need to switch their IP address to somewhere off the beaten track, ExpressVPN is a must-buy. It also offers some impressive video streaming performance

Surfshark provides some of the best value bundles available of any VPN – with monthly subscriptions dropping below £2 with some deals. Despite that low price, Surfshark offers something that neither NordVPN or ExpressVPN can match: an unlimited number of devices connected to the same account. Yes, that means you can use your login on any number of iOS, Android, Windows, games consoles, streaming dongles, or Wi-Fi routers. You also get an anti-virus app bundled too

CyberGhost VPN is clearly confident about its offering, the VPN provider not only includes the longest money-back guarantee period of any firm in this list (a whopping 45-days compared to the standard 30-day refund period) but it also offers a free seven-day trial when you download its mobile app on iOS or Android. With 91 countries and more than 7,500 servers available, there’s no shortage of choice with this nifty VPN

If you’re willing to sign-up to a longer contract, PIA has some mind-boggling savings available. And with 24/7 customer service and a 30-day money-back guarantee, there’s no reason to be nervous about a three-year deal with this great VPN provider. With features like a dedicated IP address and split-tunnelling, there’s a lot to like!

If you’re unsure whether subscribing to a Virtual Private Network, VPN, will boost your video streaming habits – why not try a free subscription to dip your toe in the water? Unlike most free providers, ProtonVPN doesn’t limit the amount of data that you can use, which is perfect for streaming. Your download speeds might be a little lacklustre compared to paid options in this article, including from ProtonVPN itself, but that’s not an issue if you’re using this provider as a trial

Sky Go is also available on a number of platforms including Amazon Fire devices, iPad, Mac computers and laptops, PlayStation 3, PS4 and Xbox One. The Sky Sports app, available to download on iOS and Android devices, will also be providing live text coverage and updates.

While this weekend’s race is being shown live on Channel 4, for all other races of the 2022 season you’ll need access to Sky Sports who will be broadcasting those GPs exclusively live.

If you’re not a Sky Sports customer but can’t stand to miss out on the action you can add the channels to your devices via a NOW membership.