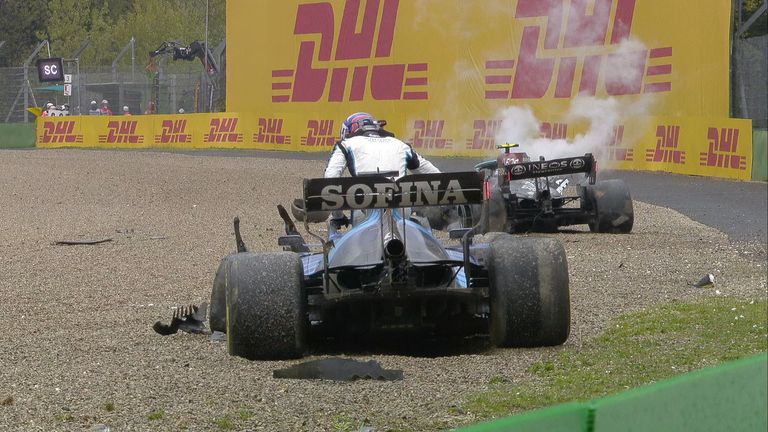 Max Verstappen claimed an impressive victory in an extraordinarily dramatic Emilia Romagna GP in which Lewis Hamilton recovered to second after a rare mistake while chasing the Red Bull, and Valtteri Bottas and George Russell were involved in a huge collision.

On a chaotic and dramatic afternoon which began in challenging mixed weather conditions, Verstappen claimed the lead at the start from third on the grid when he overtook Hamilton as the two title rivals made contact into Turn Two.

Verstappen came under pressure from his Mercedes rival around the pit stops, but Hamilton blew his opportunity for the victory when he slithered into the gravel while lapping Williams’ George Russell, dropping down the order. 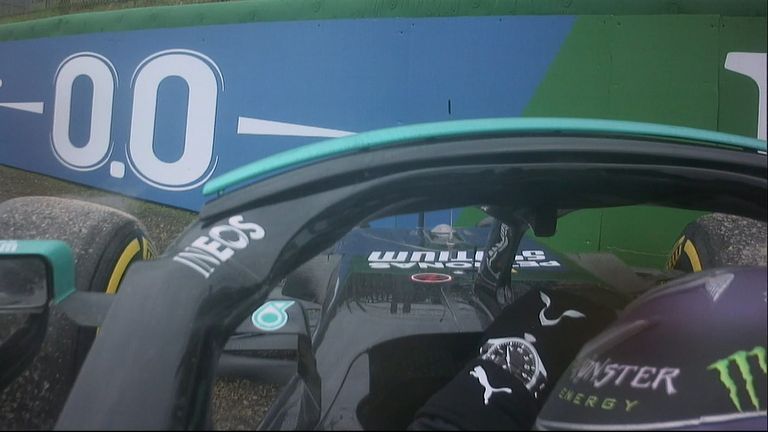 Russell was soon then involved in a nasty-looking collision with the other Mercedes of Valtteri Bottas which put both drivers out of the race and saw the race red-flagged due to the scattered cars and debris.

The drivers blamed each other for the crash, which is being investigated by the stewards after the race.

Hamilton had pitted for a new front wing and dropped into ninth place, a lap down.

However, with lapped runners able to rejoin the lead lap for the restart, the seven-time champion drove stirringly and error-free from there with a succession of passing moves and took second place from McLaren’s impressive Lando Norris with two laps to go.

But Norris, so dejected after a track-limits error in qualifying had left him seventh, still claimed the final podium place ahead of Ferrari’s Charles Leclerc for just the British youngster’s second top-three finish in F1. Red Bull’s Sergio Perez had a race to forget from the first front-row start of his career, finishing 12th. Overtaken by both Verstappen and Leclerc at the start, he picked up a 10-second penalty for overtaking under the early Safety Car for a crash for Nicholas Latifi and then spun when back in fourth at the restart.