Eight-time Grand Prix winner Daniel Ricciardo is at a tense moment in his career. On Wednesday, he took to social media to address rumours about his future with McLaren, and the current gulf between himself and team-mate Lando Norris is evidenced by the Drivers’ Championship standings. But the Aussie is still one of the most intriguing, recognisable and talented figures in F1, and he sat down with Express Sport to share more about what makes him tick.

“I enjoy the pressure,” insisted Ricciardo, who sparked laughter in the room by sarcastically groaning when talk turned to F1. “It’s a privilege because it means it’s something you care about and there’s something worth fighting for.”

While the 33-year-old was still beaming from his victory in PartyPoker’s hour-long tournament at McLaren HQ, he will need no reminding that the stakes are huge – and the pressure is growing – after a slow start to the season. Team principal Zak Brown recently had to defend his own comments suggesting that Ricciardo had not lived up to expectations, and a driver recruitment spree has got fans talking about whether Ricciardo could be lined up for an early exit.

“If it creates a little bit of stress or extra pressure, if it creates emotion and feeling then it’s a good thing,” added the former Red Bull and Renault star. “To deal with it, you have to find a way to enjoy it and see the positives of why you feel stressed. It’s because you care. To be able to do something you love and care for so much is a privilege, so that’s the spin I take on it.” 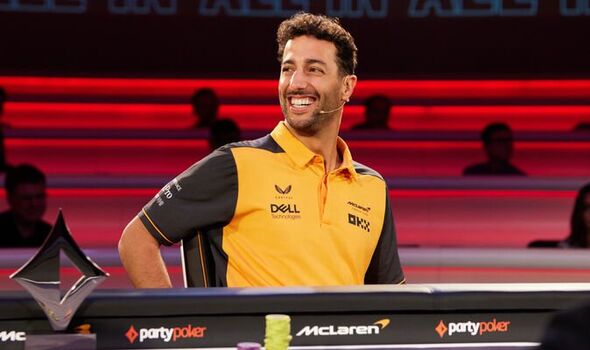 It’s a typically positive outlook from a driver who is known for being the joker on the F1 grid. The fiery rivalry between Lewis Hamilton and Max Verstappen in 2021, coupled with the political infighting between Christian Horner and Toto Wolff that went with it make Ricciardo’s friendly and light-hearted demeanour even more of an outlier among the current crop.

That personality seems to hold true even when his back is against the wall, but it’s clear that he has learned to slip into a totally different sphere when the lights go out. Ricciardo was forced into a rescue mission when he stuttered to a Q1 exit last time out at the Red Bull Ring, but he fought back in Saturday’s sprint race and Sunday’s Grand Prix to put much-needed points on the board.

“It can work against you if you don’t show any of that ruthless streak,” he explained. “Ruthless can mean a variety of things. It could be another word for selfish. By being selfish to get what you want, you can shut people out and be seen as a little bit mean. But you need something of that nature to get to the top and fight for something like this.

“I don’t wear ruthless all the time, I wear it when I need to but it’s not naturally my look. If people only saw ‘natural Daniel’, then I feel like they wouldn’t take me so seriously. Maybe they would take advantage of me, or they’d perceive that I wouldn’t pose a threat to them. The best way to speak is to do it on the track.”

In years gone by, Ricciardo has had no issues doing the talking on track. Back in 2014 – the Aussie’s first year with Red Bull – he wiped the floor with reigning four-time world champion Sebastian Vettel, clinching three race wins to the German’s zero and finishing well clear of him in the Drivers’ Championship.

Two years later, he trailed only the Mercedes duo of Hamilton and Nico Rosberg who were well clear of the rest of the grid in the race for the world title. 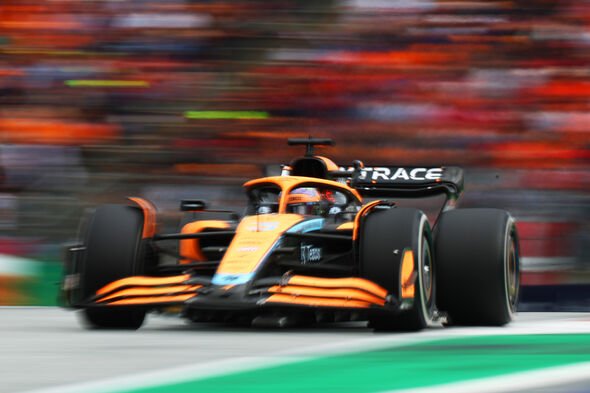 Things haven’t quite clicked for Ricciardo since he swapped Red Bull for Renault in 2019, and Renault for McLaren two years later. Last season he finished a full 45 points behind Norris, but individual morale was dealt a monumental boost by an unlikely one-two in Monza that saw the Aussie clinch his first race win in three years.

This year, no such fairytale has unfolded and Norris has opened up a 47-point gap by the season’s halfway mark. The youngster has pipped Ricciardo in seven of the season’s 11 instalments so far, and much to the latter’s frustration, he is yet to improve on the P6 he managed in Australia back in April.

It is clear that Ricciardo still has plenty of room to grow in this year’s McLaren, which had both drivers complaining in qualifying last time out. He therefore refuses to get carried away with what he expects from the season ahead as the French Grand Prix awaits later this month.

“I’m just being real – there hasn’t been any strong signs [of a win] so far this year,” he admitted. “But I don’t think anyone would have predicted me winning a race last year. That made it a really beautiful thing because it reminded me that anything is possible, especially in this sport.

“The higher up the grid I am, the happier I’ll be with the result. It’s just trying to get to a place where I’m performing consistently at a high level – especially with this car. That’s where I haven’t been able to do what I expected of myself, which is to get top sixes every weekend and not have many off weekends.