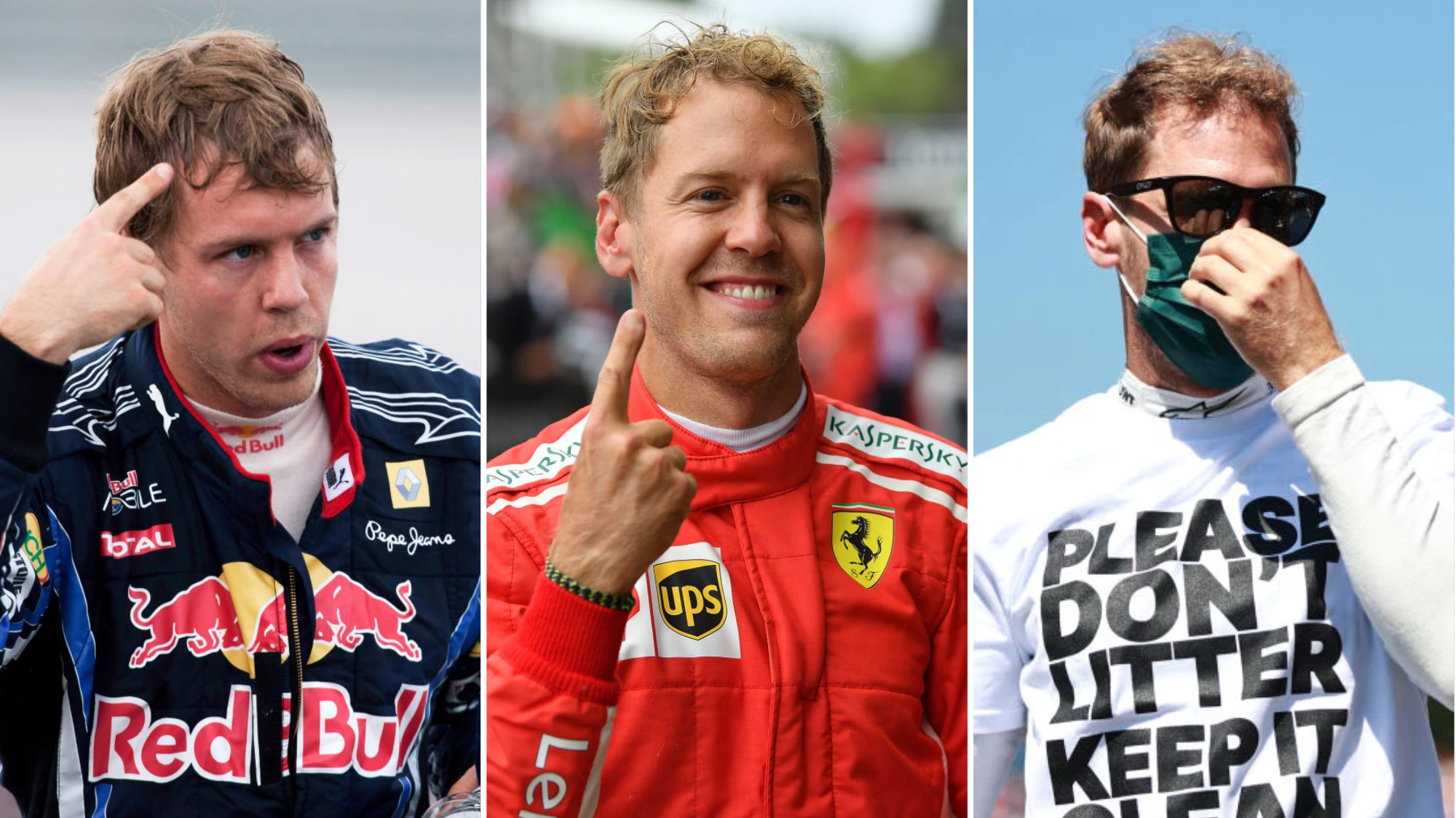 Four-time world champion Sebastian Vettel has announced he will retire from Formula One at the end of 2022.

In terms of titles, only Sir Lewis Hamilton, Michael Schumacher, and Juan Manuel Fangio can better him. But when discussions over who could be considered F1’s G.O.A.T. are made, Vettel’s name is often overlooked.

Yet, this is one of the saddest exits the sport has witnessed in a long time, as although he is one of the most divisive champions in history, off the track you’d struggle to find a driver more beloved.

It was abundantly clear from the off that the German was blisteringly quick, becoming the youngest driver in history to score a point on his debut in 2007, and the youngest to win a race when he did so a year later at the memorable Italian Grand Prix.

Come 2010, he was in a Red Bull capable of winning the championship and he would do just that – for the next four years – proving himself to be insanely fast.

But he had one problem: He could never acknowledge when he had done something wrong.

After stupidly crashing into Mark Webber while trying to pass his teammate for the lead in Turkey in 2010, Vettel took no responsibility and Red Bull failed to admonish him either, wishing to protect their star driver and academy product.

It did not help his image that Red Bull kept giving him the quickest car. His domination in 2011 and 2013 was particularly grating for fans, while many felt that Fernando Alonso was the more worthy winner in 2012 after he dragged his woeful Ferrari to within three points of the title.

In 2013, he defied team orders to overtake Webber for the win in Malaysia, and despite giving a half-hearted apology, the damage was done.

As far as the world was concerned, Vettel was spoiled and immature, and Red Bull were fuelling toxicity.

Yet, Webber would later claim this in his autobiography, Aussie Grit: ‘I can say with absolute honesty that he is a better all-round F1 driver than I ever was.

Like Schumacher and Hamilton, nearly every year of Vettel’s career has been spent with a team expected to win titles, and his determination to do so led to some of the unpopular actions he took.

It’s only been in the last two seasons with mid-table team Aston Martin that fans have had a chance to see the real Sebastian Vettel: A driver who always has time for fans. A caring, family-orientated personality with a hilarious sense of humour and an almost encyclopedic knowledge for the sport he loves.

Someone who wants to make the world a better place and will happily commit himself to any number of humanitarian, social or environmental causes, even going so far as to help litter collectors clean up Silverstone after last year’s British Grand Prix.

Sure, you can argue about how good of a driver he really was. He bottled subsequent title challenges with Ferrari in 2017 and 2018 with costly driver errors and found himself upstaged by younger teammates Daniel Ricciardo and Charles Leclerc.

His detractors had all the proof they needed that his success was down to his machinery not his skills. But whatever the truth of that may be, does it ultimately matter in the grand scheme of things?

Upon the announcement of Vettel’s retirement, Hamilton posted: ‘Leaving this sport better than you found it is always the goal. I have no doubt that whatever comes next for you will be exciting, meaningful, and rewarding.’

We know now that Vettel has always been driven by something more than just titles and wins. Just a shame we didn’t find out earlier.