Ferrari boss Mattia Binotto has ordered Charles Leclerc to ‘attack and recover points’ as he bids to fight back in the title race against leader Max Verstappen. The Dutchman has been in dominant form recently, winning five of the six races since his DNF in Australia.

Ferrari have endured a dismal run of form after flying out the gates to start the 2022 season, as Leclerc has been forced to retire twice due to reliability issues. The Monegasque driver was then the victim of poor strategy decisions by the Scuderia, leaving him to drop from first place to fourth in his home race.

Leclerc’s misfortune continued last time out as he needed a power unit change at the Canadian Grand Prix. His teammate Carlos Sainz came close to a maiden win in Montreal, as he finished within a second of Verstappen following late Safety Car drama.

Verstappen ultimately proved to be too quick as he romped to his sixth win of the season. Since Australia, Red Bull have since gone on to win six successive races to establish an early stranglehold on both the drivers’ world title and the Constructors’ Championship.

Sainz was delivering one of his finest performances in a Ferrari to date in Montreal as he chased Verstappen down, but he ultimately missed out. Looking ahead to the rest of the season, the Spaniard is confident Ferrari can fight back against Red Bull. 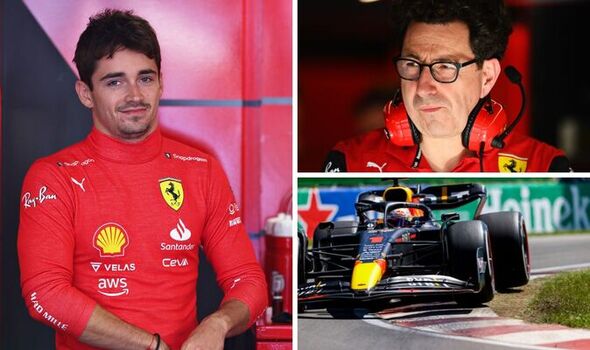 This has seen Leclerc slip 49 points behind Verstappen, but with four races in July and a new set of power units, Ferrari are confident Leclerc can make up some ground before the summer break. Binotto revealed the decision to swap out the power unit came after the Azerbaijan Grand Prix.

“It [PU change] was something we decided very soon after Baku,” Binotto said. “It was something he’d been aware of for many days so he had time to digest and be prepared for the race weekend.

“He was focusing his weekend knowing he would have to start from the back of the grid for the race. So even his Friday and Saturday programmes were focused on the high-fuel runs so he was prepared for the race itself.

“It’s certainly a very frustrating situation for a driver. His race would have required a lot of patience, which was the case. Sometimes you would like to overtake but you cannot, maybe because there is a DRS train or the tyres are worn.

“But he limited the damage. Finishing fifth after starting from the back is still a good race result. Now he has fresh power units for the next races. 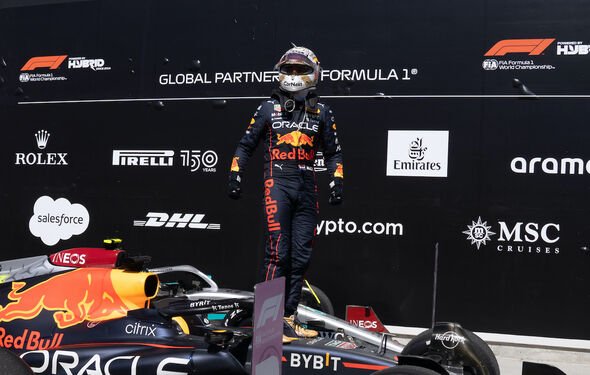 “We’ve four races to the summer break and they will be important for him to attack and recover some points if he can.”

At the Canadian Grand Prix, the FIA introduced a new technical directive in an attempt to eradicate the phenomenon of porpoising that has taken hold of the sport in 2022. The porpoising issues have plagued the early rounds of the 2022 season for octuple world champions Mercedes, as neither Lewis Hamilton nor teammate George Russell have been able to truly compete with the likes of Ferrari and Red Bull due to the uncontrollable rattling of their car.

Despite Hamilton and Pierre Gasly both suffering physically from bouncing in Azerbaijan, the new rules have been met with a lukewarm reception around the paddock as rival teams and drivers believe the change is simply to benefit Mercedes. Leclerc added: “I don’t completely agree [with the intervention], on my side.

“I felt like it’s the team’s responsibility to give me a car that is okay to drive. Until now, I didn’t have any particular problems with it.

“Yes, it is stiffer than last year’s car. Whether it’s undriveable or very hard on myself, I don’t think it is – at least personally. So, on our side, we found solutions to how to make it better.”

The 22-race F1 2022 campaign continues with the British Grand Prix at Silverstone on July 3.