Charles Leclerc has opened up on claims Ferrari are imploding, claiming the team are still “very united”. It comes after Leclerc was seen in a heated discussion with Ferrari team principal Mattia Binotto after dropping outside the top three at the British Grand Prix.

Sky Sports host Ted Kravitz asked what the reality was inside the team after fans spotted Binotto’s finger wagging last weekend. He also asked why Lelcerc’s mechanics reportedly did not want to celebrate with Carlos Sainz after the Spaniard’s win last week.

However, Leclerc appeared to squash rumours of an interior split at Ferrari, suggesting the stories were untrue. The Monegasque explained: “It is a shame to see all of this type of things because it is definitely not what is happening inside the team.

“We are a very united team, we have always been and it’s not these difficult races that will make it change.” 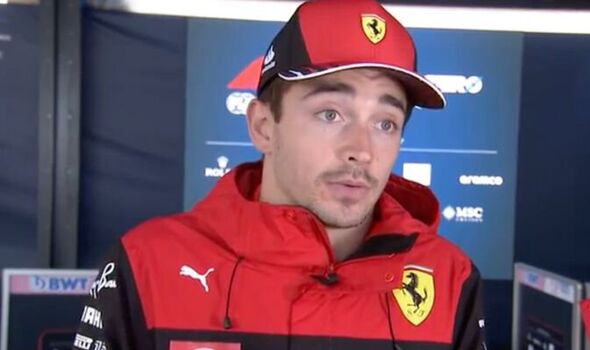 “Of course were we disappointed after last weekend? I think we were. We were one-two, we finished one-four, so some part of the team were disappointed. But this was definitely not the reason or whatsoever for everybody not being on the picture.

“I think half of the team that stayed on the picture missed the plane to go back home, it was quite tricky. We wanted to do a first picture but Carlos was not here so we had to delay everything, But, there’s no hard feelings whatsoever.”

Leclerc was then asked whether the team were only supporting him for the championship or whether the pair were still free to fight. Sainz’s win at Silvertsone outs the Spaniard just nine points behind his team-mate despite a miserable start to the campaign. 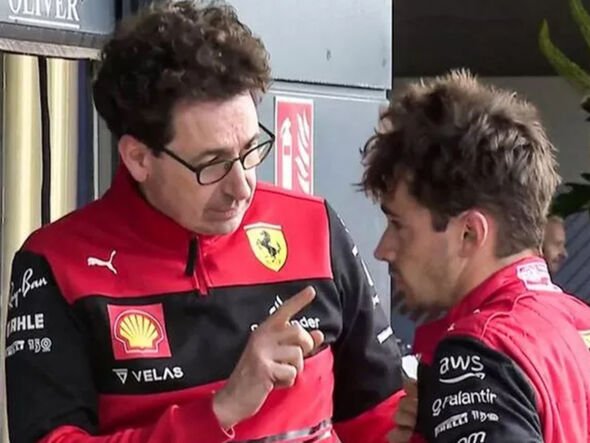 Lelcerc responded by reiterating he still felt he had the backing of the team heading into the second half of the season. He explained: “It’s more Mattia to ask these type of questions.