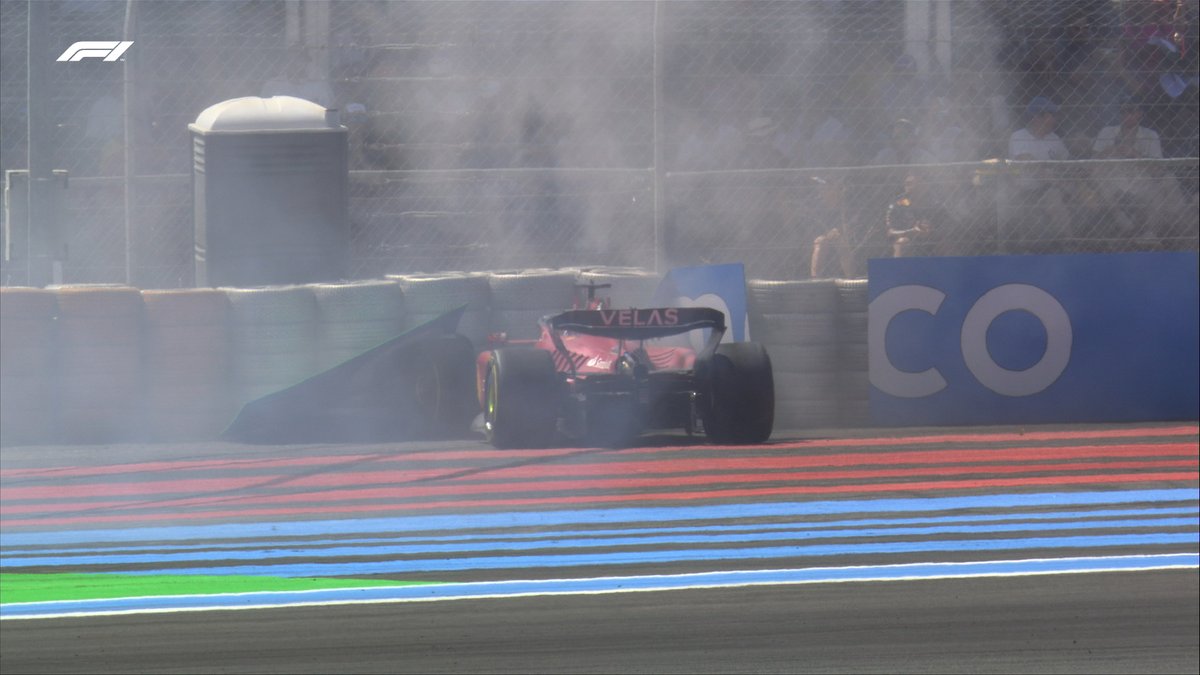 Ferrari driver Charles Leclerc crashed out of the French Grand Prix while leading the race.

Leclerc had led the race from pole, successfully holding off Max Verstappen in the opening stages, but on lap 18 he spun off into the barriers at 100mph, bringing out the safety car.

Over the team radio, the Monegasque driver said he was uninjured but screamed in frustration.

It is not clear what caused the crash, as while replays showed that his tyres were beginning to wear severely under the heat and humidity at the Circuit Paul Ricard, a message on the radio suggested his throttle pedal had jammed.

It is the third time this season, after Spain and Azerbaijan, where Leclerc has retired while leading a grand prix and tis latest result will yet again cost the driver crucial points in the championship battle with Verstappen.

Going into this weekend, Leclerc trailed the Red Bull man by 38 points, but he ought to be leading the title race given how his Ferrari has generally been the quickest car this season, but reliability issues and strategy errors have cost him on numerous occasions.