Bernie Ecclestone will miss this weekend’s Austrian Grand Prix after making a string of controversial comments ahead of last week’s race at Silverstone. The 91-year-old former F1 boss was expected to attend the race in Spielberg but reports suggest he had decided against a visit.

It is understood Ecclestone received an open invitation to visit as the guest of Red Bull Ring’s owner Dietriech Mateschitz. A source told the Daily Mail: “The potential problem of Bernie showing up seems to have gone away.”

Ecclestone was slammed after a range of bombshell revelations on UK national television. On Good Morning Britain, he claimed he would still “take a bullet” for Putin despite his invasion of Ukraine.

Ecclestone believes Putin is still a “first class person” and said his invasion was something he “believed was the right thing”. He even defended Nelson Piquet’s apparent racist remarks of seven-time champion Lewis Hamilton, suggesting the Brazilian didn’t mean to “say anything bad”. 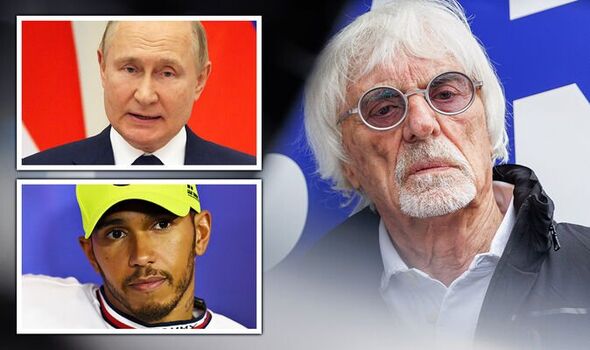 Ecclestone commented: “I’ve known Nelson for an awful long time. I was with him a couple of weeks ago. It’s not the sort of thing Nelson would say meaning something bad. He probably thinks lots of things he says which might upset us or might feel a little bit offensive…. to him it’s nothing. It’s just part of conversation.

“Nelson would never go out of his way to say anything bad, certainly.” The former F1 boss even admitted he was “surprised” Hamilton didn’t just brush aside the comments.

It is believed F1 have not banned the former supremo despite distancing themselves from his comments. They issued a statement blasting the remarks, claiming the 91-year-old’s views were in stark contrast” to F1’s new “modern values”. 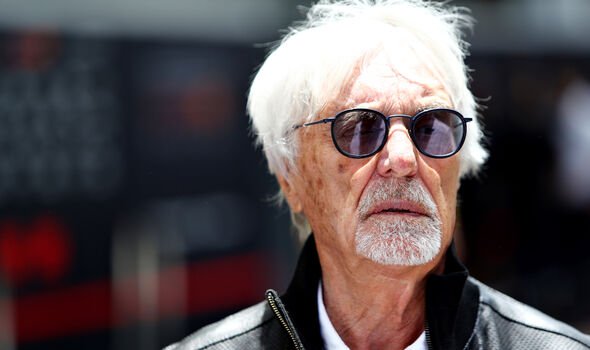 Hamilton hit back at Ecclestone’s assessments ahead of the British Grand Prix. The Mercedes star said: “We don’t need any more of it. To hear from someone that believes in the war, and the displacement of people and killing of people, and supporting that person (Putin) is beyond me.

“I cannot believe I heard that.” Hamilton pushed back against the sport’s older voices, suggesting they should no longer be given a platform to make their views heard.

He added: “They are speaking for our sport, but we are looking to go somewhere different and they are not representative of who we are now and where we are planning to go.”