Former Formula One supremo Bernie Ecclestone believes Sunday’s Belgian Grand Prix should have gone ahead and has accused the sport’s rulemakers of lacking courage.

The rain-hit Spa-Francorchamps event was abandoned after just two laps behind the safety car, with Max Verstappen declared the winner ahead of George Russell and Lewis Hamilton.

FIA race director Michael Masi determined that the track was unsafe, with the grid in agreement.

But F1 bosses courted criticism for their handling of the spectacle, with Hamilton branding it a farce and demanding that the 75,000 spectators, who stood in the rain for almost four hours in the hope of a race, be refunded.

But Ecclestone, who ruled the sport for 40 years, saidy: “I would have told the teams and the drivers at 3pm, ‘it is raining, we are prepared to put it off for an hour and hope the weather is going to change. But no matter what happens the race will start at 4pm and then it is up to you whether you take part or not’.

“’If you want to take a risk it is up to and if you don’t want to, don’t. If you think it is dangerous racing quickly, don’t race quickly’. But it is a different group of people now and they didn’t have the courage and they don’t want to take risks.

“They could have done two laps, five laps, 50 laps or no laps, but the decision should have been with the individual driver.” 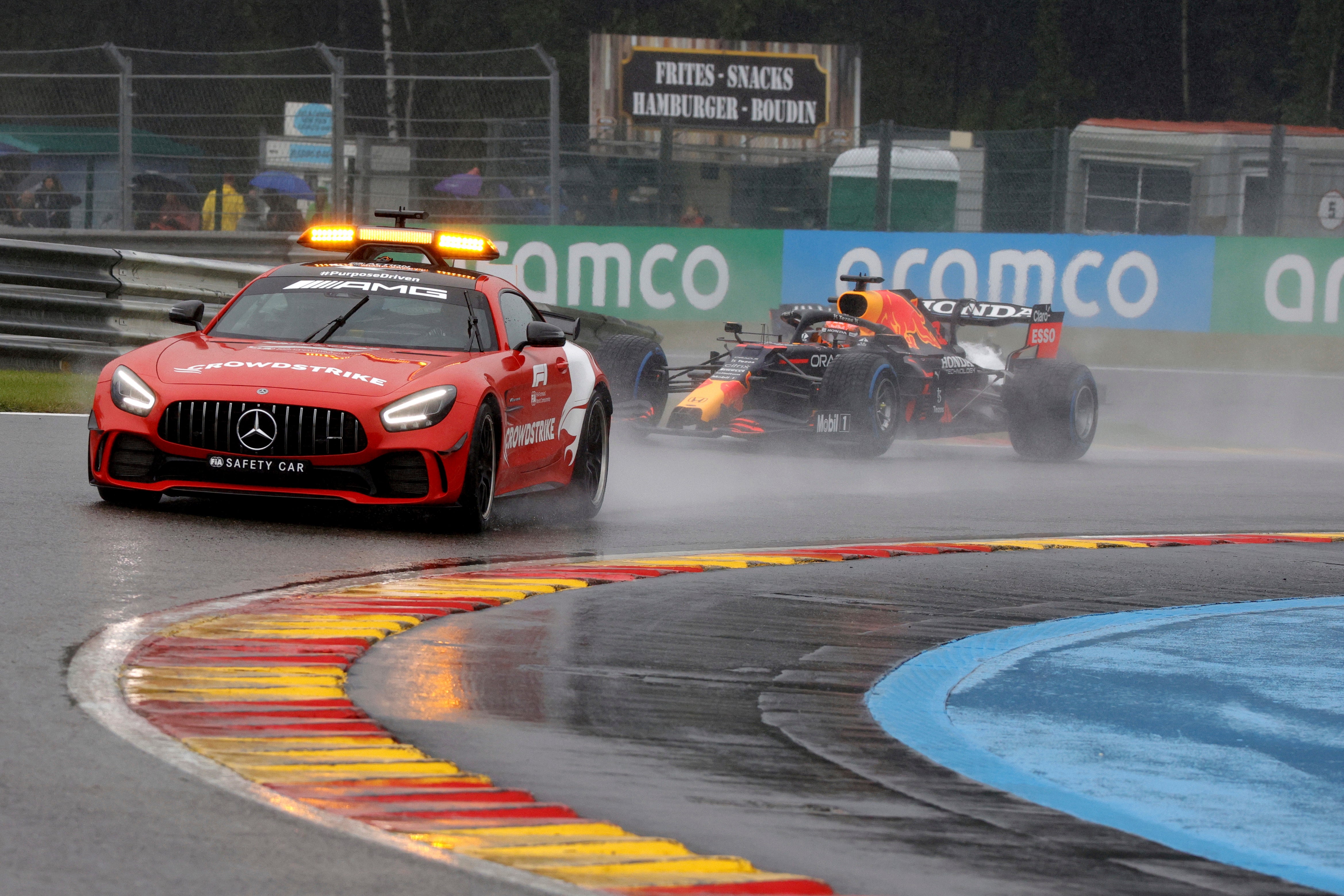 Spa-Francorchamps is considered to be one of the most treacherous tracks on the F1 calendar. Twenty-three drivers have been killed there.

In 2019, French Formula Two driver Anthoine Hubert lost his life after a multi-car collision. On Saturday, Briton Lando Norris was fortunate to walk away from a 185mph crash through the fearsome Eau Rouge corner.

But Ecclestone, 90, continued: “In a dangerous sport, things can happen and people can get killed.

“When people are cleaning windows in big office blocks the cradle can fall and they can die. And they don’t get paid an awful lot of money for doing it.

“These poor people who were fighting in Afghanistan were told they had to go there and fight and it wasn’t their choice. It was dangerous and a lot of them got killed.

“If we were in the army and we were told we have to go to Afghanistan, we might have said, ‘bloody hell, that doesn’t sound safe, but we have to go, we don’t have a choice’.

“In yesterday’s case, the drivers had a choice. If they wanted to take a risk to get points then it was up to them. If you wanted to hang in there and do a lot more laps to make sure you won the race then that’s what you could have done.”

F1 bosses are under fire for completing two laps to ensure a classified result with seven-time world champion Hamilton suggesting the motive was a financial one.

F1 CEO Stefano Domenicali rebuffed Hamilton’s claim. It is understood discussions will take place this week between F1, its governing body, the FIA, and the teams to avoid a repeat of Sunday’s non-event.

Ecclestone concluded: “I don’t agree with everything Lewis says but he is bright enough to sort things out and in this case he was obviously quite right. Can you think of any other reason than money? I can’t.

“There was obviously a lot of pressure. If they cancelled the race, the promoter would have to give all the money back to the public. I am sure they would still have had to pay their race fee to the commercial rights holder, and the television companies are under contract, too, so the person that would suffer more than anyone would have been the promoter.

“It wasn’t a good look for Formula One.”