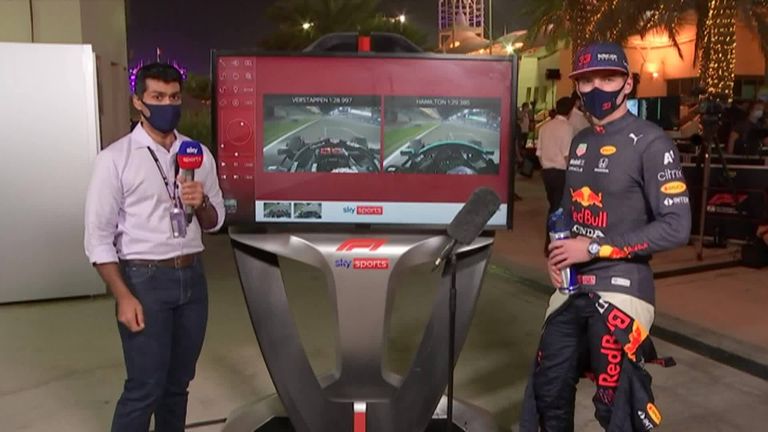 Max Verstappen will attempt to launch a maiden title challenge in the new Formula 1 season by winning from pole position in Sunday afternoon’s Bahrain Grand Prix.

Red Bull head the grid at F1’s season-opening round for the first time since their last championship-winning season eight years ago after Verstappen delivered on what had appeared the RB16B’s superior speed over Mercedes to beat Lewis Hamilton to pole position by nearly four tenths of a second.

Hamilton and Verstappen have shared the front row on five previous occasions in F1 but this will be the first time that the young Dutchman has had the advantage of pole position.

Verstappen is still only 23 but is now into his seventh season in the sport and none of his 10 race victories to date have yet to be achieved in a campaign’s opening three rounds. He has also never led the Drivers’ Championship.

But both those statistics could change in Sunday’s 57-lap race, which offers huge promise and starts at 4pm live only on Sky Sports F1 and Main Event. 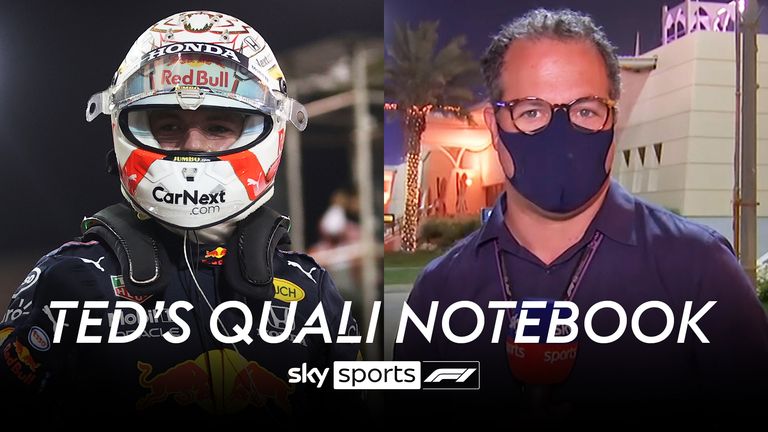 Speaking in an appearance at the SkyPad after qualifying to review his pole lap, Verstappen said: “For us it has been a long time that we were this competitive in the first race weekend.

Put to him that such a strong start represents a new situation for him in F1, Verstappen said: “I’ve never had it, I didn’t want to say that! It’s been a while for Red Bull.

“We’ll see how the rest of the car will progress but, at the moment, very pleased.”

What has happened to Mercedes? 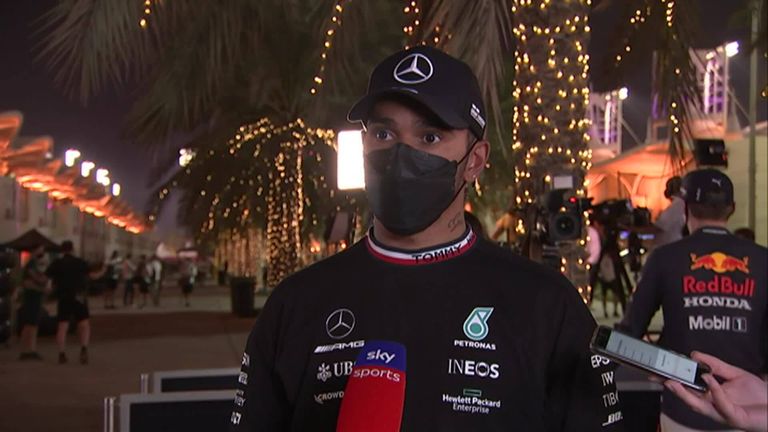 On the same track and in similar conditions four months ago, Mercedes locked out the front row and enjoyed an advantage over a then-third-placed Verstappen of four tenths of a second.

Winter rule changes, aimed at cutting downforce at the rear of the car and therefore lap times, have cost all teams performance but appear to have hindered Mercedes more than Red Bull, who adopt different philosophies on ‘rake’ angle – with the latter running their chassis higher at the rear.

Hamilton and team principal Toto Wolff have both intimated in Bahrain that the changes have been made to shake up the pecking order, with F1 dominated by Mercedes since 2014.

Mercedes’ drivers found their new W12 uncharacteristically nervous at the rear in testing in Bahrain and, while improvements have since been made, the team are still trailing Red Bull.

“It’s the first race of the season and Red Bull has a quicker car in qualifying in Bahrain than us,” said Wolff.

“I’m proud of how we recovered from the test, that was sub optimum, but the fight is on.” Assessing the areas where Mercedes are losing out to Red Bull, Wolff said: “We are losing on the high-speed, you can clearly see that is a deficit. We are losing a little bit on the engine side in terms of de-rates, we are not yet in a happy place with our energy recovery.

“But there is not one single point where we could say there is a big gap.”

Wolff also praised the progress Honda, Red Bull’s engine suppliers, have made with their power unit over the winter for their final season in Formula 1.

Sunday’s race around the sweeping Sakhir layout, which takes place under floodlights, is usually hard on tyres and brakes with two pit stops expected for the leading drivers. Verstappen, Hamilton and Valtteri Bottas, who qualified third in the second Mercedes, will start the race on the medium tyres.