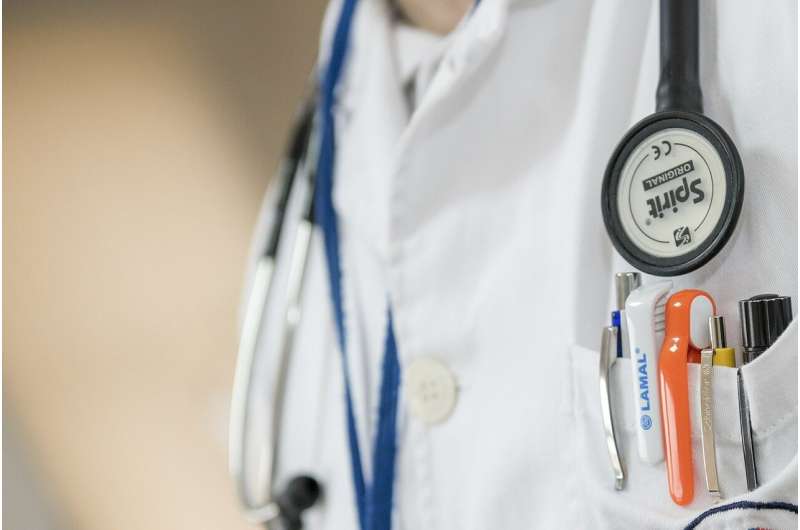 Primary care practitioners often over-estimate the likelihood of a patient having a medical condition based on reported symptoms and laboratory test results. Such overestimations can lead to overdiagnosis and overtreatment, according to a recent study conducted by researchers at the University of Maryland School of Medicine (UMSOM) published in JAMA Internal Medicine.

“A large gap exists between practitioner estimates and scientific estimates of the probability of disease,” said study leader Daniel Morgan, voltaren cost MD, a Professor of Epidemiology & Public Health at UMSOM. “Practitioners who overestimate the probability of disease might use that overestimation when deciding whether to initiate therapy, which could lead to the overuse of risky medications and procedures.”

To conduct the study, Dr. Morgan and his colleagues surveyed 553 primary health practitioners, including residents, attending physicians, nurse practitioners and physician assistants, in Maryland and seven other states. Survey respondents were asked to determine how well they could estimate the risk of four well-known health conditions based on hypothetical diagnostic scenarios. The researchers found, based on symptoms and test results, that health care providers significantly overestimated the likelihood of conditions. For example, health care providers, on average, estimated a 70 percent likelihood of cardiac ischemia in patients who had a positive finding on a stress test. In reality, based on evidence from medical studies, the real likelihood of cardiac ischemia is 2 to 11 percent.

The study also found that survey respondents estimated a 50 percent risk of breast cancer after a positive finding on a mammogram when evidence suggests 3 to 9 percent chance of breast cancer. They estimated an 80 percent likelihood of a urinary tract infection from a positive urine culture, and the vast majority of survey respondents said they would treat with antibiotics in these cases. The real risk of a UTI with a positive urine culture, however, is at most 8 percent.

“Solving this problem is not about asking health care providers to memorize numbers or practice math in order to improve their understanding of risks,” Dr. Morgan said. “We should, however, use probability and better utilization of decision-making tools to help them make better estimates.”

He developed a free tool called Testing Wisely, funded by the National Institutes of Health, that is designed to improve clinician understanding and ordering of diagnostic tests to make patient care safer. The site also includes a risk calculator to assess patients’ symptoms, exposure, and local positivity rates where they live to calculate their individual risk of having COVID-19.