According to research from the University of California, some cases of severe coronavirus disease 2019 (COVID-19) may be related to the immunological memory of previous H3N2 influenza A infection.

The team says this “original antigenic sin” may explain the diverse disease outcomes that have been observed following infection with the causative agent severe acute respiratory syndrome coronavirus 2 (SARS-CoV-2).

Gregory Weiss and colleagues say the study indicated that the αEp9 antibodies that are observed in severe COVID-19 might have originated from previous infection with H3N2 influenza A.

The researchers suggest that future studies investigate the correlation between a country’s rate of the H3N2 2014 influenza and severe COVID-19.

A pre-print version of the research paper is available on the bioRxiv* server, while the article undergoes peer review. 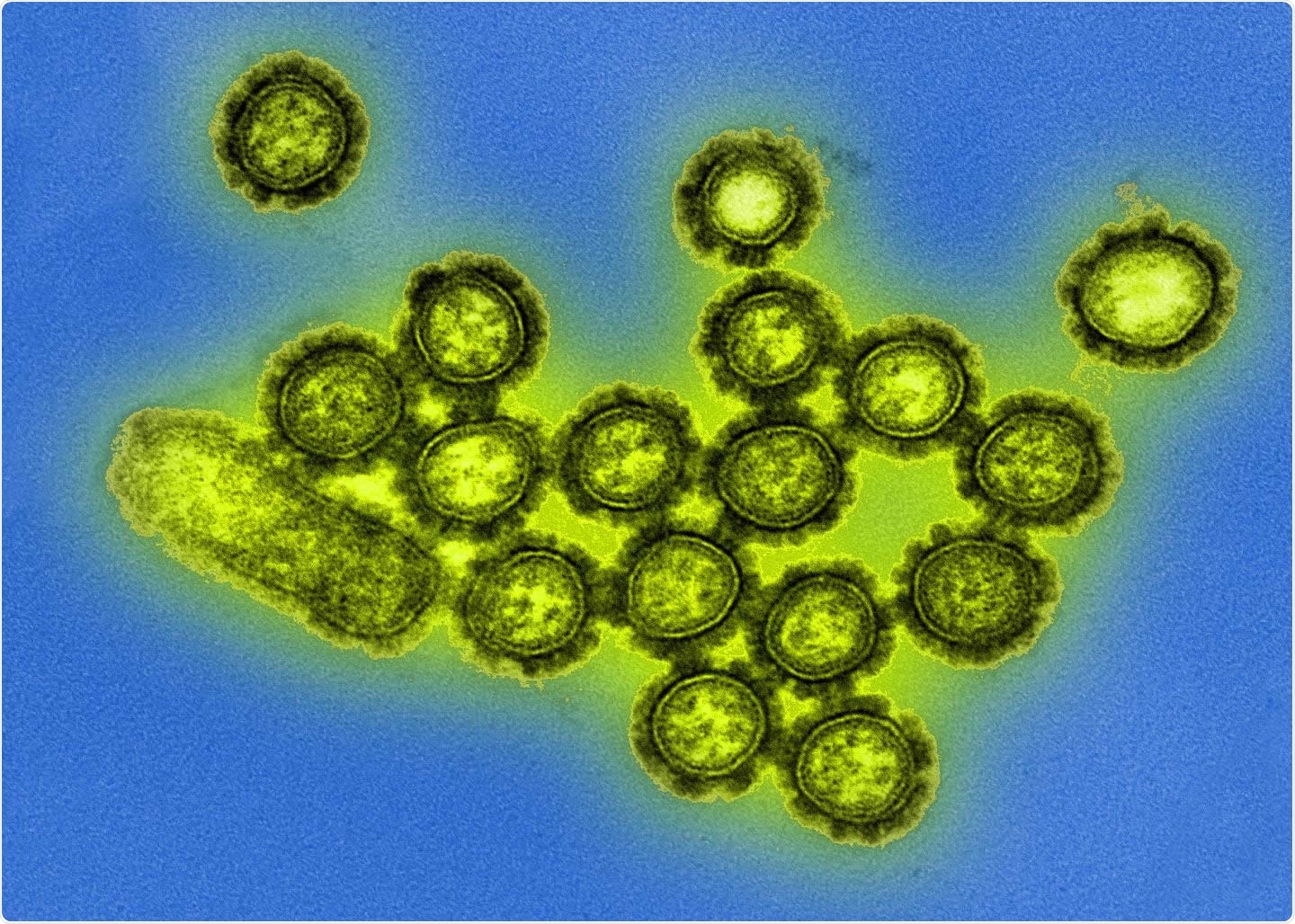 Original antigenic sin (OAS) refers to when immune responses that were previously adapted to combat a primary or “original” infection then later target a similar, but not identical, microbe.

Since B-cells undergo affinity maturation following a primary infection, affinity-matured antibodies from previous infections can sometimes out-compete the naïve antibodies that are generated to target a new antigen specifically.

“The phenomenon has been observed for immune responses to dengue fever, influenza, respiratory syncytial virus and human immunodeficiency virus,” says Weiss and colleagues.

Ideally, OAS would expedite pathogen clearance by targeting highly conserved antigens, but suboptimal targeting by non-neutralizing antibodies binding can exacerbate disease, either by enhancing viral infection or by over activating the innate immune response.

“The wide range of outcomes observed in SARS-CoV-2 infected individuals, from asymptomatic to fatal, has been hypothesized to result from a patient’s unique immunological memory,” says the team.

Recently, the researchers demonstrated a strong association between severe COVID-19 and the presence of antibodies that bind to an epitope region of the SARS-CoV-2 nucleocapsid protein called Ep9.

“These two observations suggest an OAS-based mechanism for the disease severity observed in αEp9(+) patients,” writes Weiss and colleagues.

What did the researchers do?

The potential OAS epitopes to αEp9 Abs were tested by phage ELISA of pooled plasma from three sets of five αEp9(+) and five αEp9(-) COVID-19 patients.

The team identified a putative original antigen that was capable of stimulating the production of cross-reactive αEp9 antibodies. 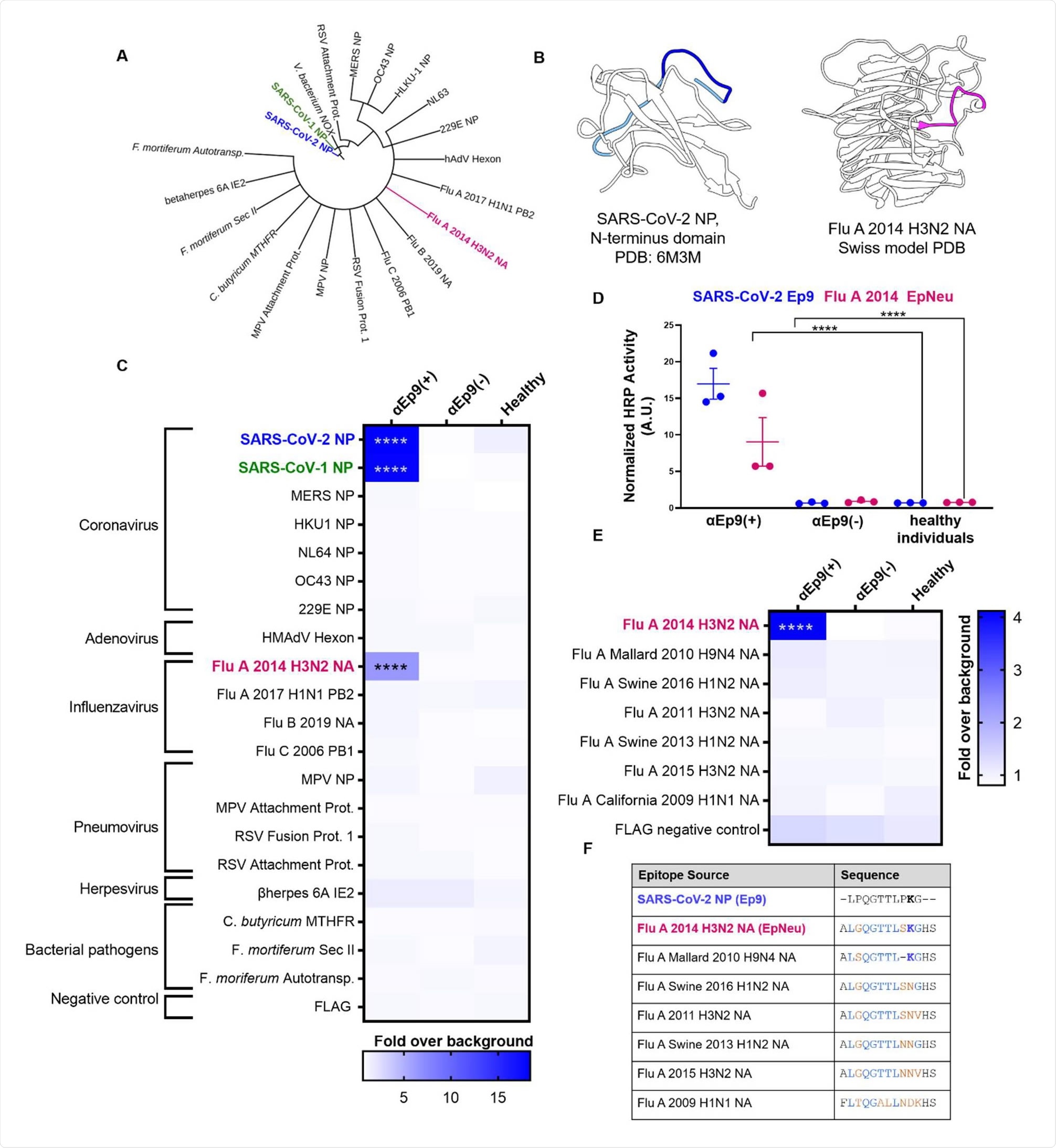 Binding assays showed cross-reactivity between antibodies binding to Ep9 and a sequence derived from the neuraminidase protein of H3N2 Influenza A virus.

“The results support the hypothesis that the αEp9 Abs found in severe COVID-19 disease may have originated from a primary infection with H3N2 influenza A,” writes the team.

Since the neuraminidase protein is not present in the influenza vaccine, the researchers say that the αEp9 antibodies were likely generated following widespread influenza infection in 2014.

Patient histories rarely include previous influenza infections, so this information was not available for the participants in this study.

The H3N2 2014 neuraminidase sequence was isolated from Para in Brazil and the strain’s spread in North America remains unknown.

“However, a severe outbreak of influenza A H3N2 was recorded; in 2014, an antigenic shift from the vaccine strain A/Texas/50/2012(H3N2) resulted in low vaccine efficiency (14%), and high levels of other strains spread,” writes Weiss and colleagues.

What are the implications for future research?

The researchers say this study offers a molecular mechanism for OAS underlying the high rate of severe COVID-19 in αEp9(+) patients.

“Future studies could examine the correlation between a country’s rate of the H3N2 2014 influenza and severe COVID-19,” they write.

Furthermore, health systems may have recorded primary infections in certain patients, and these records could also be examined for correlations, suggests the team.

Sally first developed an interest in medical communications when she took on the role of Journal Development Editor for BioMed Central (BMC), after having graduated with a degree in biomedical science from Greenwich University.