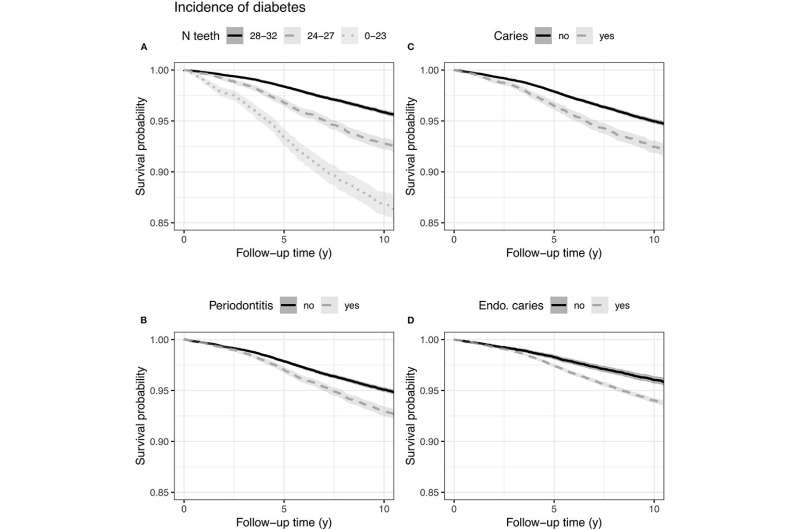 Research shows that common chronic diseases and problems associated with oral health have a detrimental and long-term reciprocal effect on each other. To achieve the best possible treatment outcomes, the general and oral health of patients should be considered as a whole.

In a study conducted at the University of Helsinki, the predictive value of oral health for the onset of various chronic diseases was investigated through a 10-year follow-up. A key finding was that periodontitis (a disease of the connective tissue of teeth) has a particular link with diabetes.

“We know from prior studies that periodontitis has a connection to many chronic diseases. Thanks to our exceptionally long-term dataset, efexor principio attivo we were able to analyze causalities and bidirectional effects between these factors,” says University Lecturer Pia Heikkilä.

“The research dataset was unusually extensive, encompassing some 70,000 study subjects, which increases the reliability and weight of the study,” she adds.

The results of the study show that periodontitis, a common disease of public health importance in Finland, and apical periodontitis, inflammation of the apex of the tooth root, are associated with common metabolic diseases, such as metabolic syndrome, type 1 and 2 diabetes, and gestational diabetes, which require treatment.

No similar association with other common chronic diseases, such as connective tissue diseases, rheumatoid arthritis, inflammatory intestinal diseases or serious mental diseases, was observed in the study.

The results have been published in the scholarly Frontiers in Oral Health journal.

Based on the findings, a two-way effect exists between diabetes and other metabolic diseases, and periodontitis. Diabetes accelerates the progression of periodontitis and complicates its diagnosis and treatment, especially if diabetes has not been diagnosed or the disease is poorly controlled.

The mutual effect of these diseases also results in increased costs, significant both in terms of public health and the economy.

The researchers estimate that more such bidirectional effects between diseases are likely to be identified in the future.

“The general and oral health of patients should be considered as a whole in healthcare, as our research demonstrates that even latent diseases have a harmful and long-term effect on one another,” Sorsa says.