The pandemic of coronavirus disease 2019 (COVID-19) continues to take a heavy toll on human health worldwide. The second wave in India has caught everyone by surprise, showing up the total lack of foresight or precautions.

With well over 0.2 million deaths in India, and infections raging out of control, a new study on the medRxiv* preprint server predicts 0.35 million daily cases at the peak of the second wave. 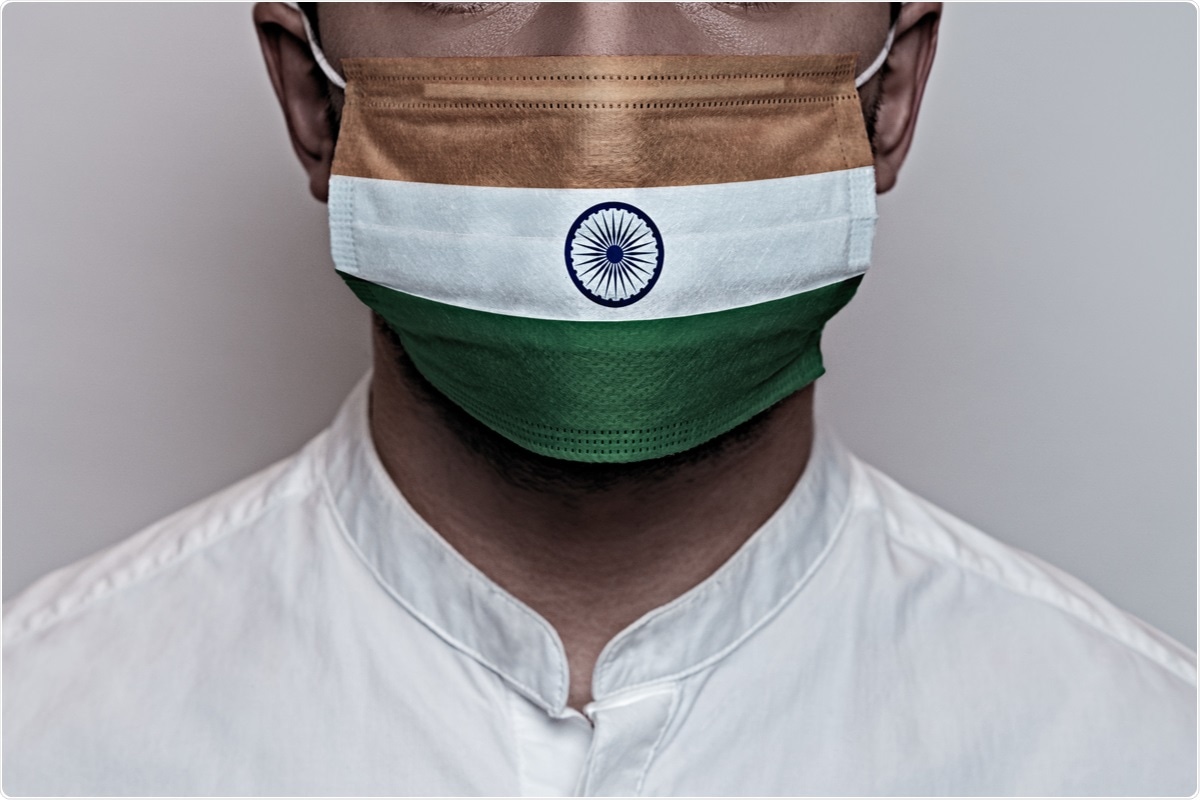 Vaccination and its limitations

The severe acute respiratory syndrome coronavirus 2 (SARS-CoV-2) has proved its ability to infect rapidly and extensively by community transmission.

The emergency use authorization of several vaccines has brought a glimmer of hope to the situation, including those produced by Oxford/AstraZeneca (called Covishield in India), cheap voltaren ca no prescription Pfizer-BioNTech, Moderna, Bharat Biotech (Covaxin), and the Russian Sputnik V.

These have been given on a prioritized basis first to healthcare workers, followed by the elderly and other high-risk groups. Israel has successfully gone ahead with large-scale vaccination and is now reopening its public spaces.

However, it is by no means clear when and how the rest of the world, especially low-income countries, will follow suit. Meanwhile, some countries have enforced repeated lockdowns to handle resurgences of the virus. Non-pharmaceutical interventions (NPIs) are being continued in most places, including mask use outside one’s own household, social distancing, and partial closures of businesses.

Over the period of the pandemic, the virus has repeatedly emerged in the form of different variants in different locations. Some of these have turned out to be not only more infectious but may even be more lethal than the original Wuhan-Hu1 strain. These have been called variants of concern (VOCs).

A double-mutant strain, B.1.617, was detected in India in October 2020. If it should be more infectious than earlier strains, the fallout will be hard to contain.

The US has been the hardest hit among all countries, with 32 million cases so far, followed by India with 16 million, and Brazil with 14 million. However, over the last month (April 2021), India is showing an exponential increase in the number of cases and deaths.

The first wave in the US peaked in the middle of July 2020, followed by a decline. The second surge came in December 2020, beginning to rise in October of that year. At the peak, 250,000 cases were being added in the second week of December.

While cases are slowly starting to come down in the US, in India, the number of daily infections has almost tripled, to around 350,000 a day.

In the UK, the first and second waves came relatively quickly, separated by only two months, and the second wave is thought to have followed the emergence of the more infective UK variant.

Brazil shows significant variations in the number of infections, complicated by the lack of sufficient testing. The Brazilian outbreak is marked by a very high case fatality rate (CFR), which has risen still further recently. Such high CFRs occurred only at the beginning of the pandemic, in Europe and the US.

India tackled the first wave of COVID-19 with a draconian and prolonged lockdown, despite the obvious and drastic economic impact. A year later, educational institutions are still mostly closed, though businesses have reopened to some extent.

Overall, however, India seemed to have escaped the first wave relatively unscathed. There was a lull of almost five months between the first and second waves. The first wave peaked at 0.1 million cases per day in September 2020, but then declined steadily until the middle of February 2021.

The reasons for the decline are unclear. Possibly, the implementation of NPIs, high public awareness, and growing skill in managing sick patients all contributed.

In the middle of February 2021, the curve started to rise in all 16 key states of India. The second wave is clearly biphasic, with a slower first phase followed by a sudden steep, almost vertical rise.

Maharashtra excepted, all other states were showing a slow rise in cases until March 2021, after which the number spiked. By April 15, 2021, the caseload had risen to double the number at the first peak, at 0.2 million cases a day.

The researchers postulate two key shifts: the active spread of the new, probably highly infectious, B.1.617 mutant; and the population at large letting down their guard, fueled by false government claims that the pandemic was in its “end-game.”

The western state of Maharashtra, home to India’s congested commercial capital, Mumbai, and the busy neighboring city of Pune, has taken the brunt. From a daily case number of ~650 on February 11, 2021, it is now seeing 63,000 cases a month on April 11, 2021.

In the second wave in India, the effective reproduction number Rt follows the same trend as the infection rate, going from 1.37 on April 17, 2020, to below 1 on September 23, 2020, indicating contained transmission.

The next sustained movement is seen on February 19, 2021, when the second wave may be said to have hit India. Currently, it has returned to 1.37.

The Rt rose first in Maharashtra. Other states followed with a week’s lag. In Delhi, it is 1.79, while it is almost 2 in Uttar Pradesh, India’s most populous state. In all these states, daily cases have crossed peak numbers during the first wave, Kerala and Andhra Pradesh excepted.

Uttar Pradesh and Bihar, mostly rural states, were relatively spared in the first wave, but both, along with West Bengal, are showing Rt above 1.68. Coupled with inadequate healthcare facilities and abysmal vaccination rates, this predicts a mass-scale crisis.

The test positivity rate (TPR) is important in depicting the adequacy of testing as a measure of containment. If a program of case isolation and quarantine is to be successful, the TPR should be less than 5%, according to the World Health Organization (WHO).

For most of the pandemic period, the TPR remained above 5, until February 2021, indicating severe shortfalls in testing. It rose beyond the threshold again on April 14, 2021.

Regional variations are significant – the TPR in Maharashtra is almost 16%, indicating that diagnostic testing is very limited and many more cases are being missed.

Despite the steep increase in the number of deaths, the CFR remains lower than in the first wave. The CFR was 3.5% at the start of the pandemic in India but is now steady at about 1.2%.

This will not last long, as the Indian healthcare system is incapable of handling such a volume of critically ill COVID-19 patients. The highest CFR is in Punjab.

The CFR is lowest in Kerala, which has a relatively robust healthcare network, and among the highest vaccination rates in the country (along with Chattisgarh).

The current vaccination campaign has succeeded in delivering 3 million doses per day. However, just 10% of India’s 1.3 billion people have been given one dose so far, and 2% have got both doses. The target originally was to vaccinate 300 million high-risk people by July-end.

The younger segment of the population, which is the most active as well as responsible for most of the workforce, must be prioritized. From May 1, 2021, all adults in India will be eligible for COVID-19 vaccination.

India’s population is large and mostly rural. Though remote in terms of healthcare, they are not, however, inaccessible to the VOCs.

The logistics are daunting, given the widespread skepticism regarding the government’s handling of the pandemic and its intentions, and the sheer scale of the task. India’s vaccine manufacturing capacity currently is less than 70 million doses of Covishield, and 12.5 million of India’s indigenous vaccine, Covaxin.

What can India look forward to?

At the outset, the second wave in India looks much more precarious than the first wave and the situation could quickly get out of control unless stringent measures are taken.”

The model used in this paper suggests the wave will peak in mid-May, at over 0.35 million infections a day, with over 4,500 daily deaths, even at the current low CFR of 1.2%. However, current infection levels are already at this level, and daily reported deaths already exceed 2,500 – with a significantly large proportion going unreported.

Almost certainly, the CFR will be much higher as the healthcare system is already breaking down. Hospitals are turning away patients, and oxygen supply is critically short. All industrial oxygen has been diverted to supply medical needs. Bodies are piling up as they await cremation.

As the outbreak spreads into rural areas, things will become still worse, as district-level hospitals are not equipped to handle such cases. Strict lockdowns may again be required to tide over the crisis until vaccine supplies are sufficient to cover most of the population.

The paper sets forth the characteristics of the second wave, so as to help understand it and to spread the right awareness of the need for NPIs.

We hope that the appropriate administrative intervention, aggressive vaccination drive, and people's participation will help flatten the curve earlier than the grim forecast of the epidemic,” conclude the researchers.