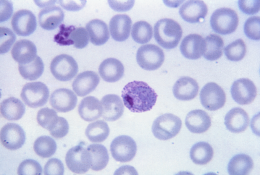 Plasmodium vivax malaria is a mosquito-borne illness that causes significant morbidity. However, the household and healthcare provider costs of the disease are unknown. A new study published in the open-access journal PLOS Medicine by Dr. Angela Devine at Menzies School of Health Research in Australia, and colleagues estimate the global economic burden of P. vivax for the first time using country-level data.

Researchers first estimated household and healthcare provider P. vivax costs, then collated and combined these data with national case estimates for 44 endemic countries in 2017. The resulting global cost estimate was US$359 million.

The authors wanted to explore how these cost estimates might change with widespread access to radical cure. Radical cure refers to a sustained clinical response and prevention of future relapses caused by the dormant liver parasites of P. vivax, buspar yawning requiring complete elimination of both the blood and liver stages of the parasites. New treatments and screening procedures can achieve radical cure, however, the cost benefit of universal access to radical treatment for those who can safely receive it has not been previously estimated.

The results suggest that adopting a policy of screening and supervising administration of primaquine to all eligible patients could lower the global cost burden of P. vivax substantially. However, further studies are needed as the model only included costs and benefits over a one-year time horizon (2017) and did not include the benefits in terms of reductions in transmission of P. vivax, which likely underestimated the benefits. Conversely, the costs of scaling up the implementation of the radical cure interventions were not included, likely underestimating the costs.

According to the authors, “Provision of safe and effective radical cure is possible but will require an increased investment that could be a disincentive to national malaria control programs. Our findings suggest that such an investment could ensure high anti-relapse effectiveness with substantial cost savings at the societal level and reductions in vivax malaria case numbers.”