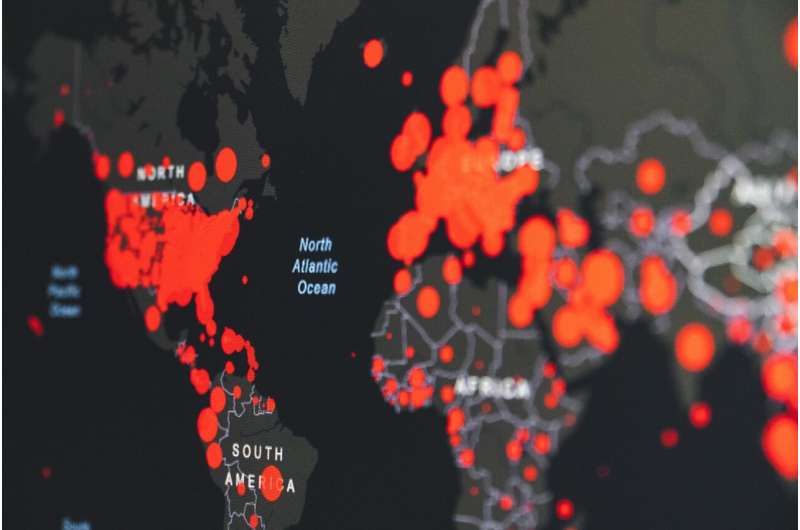 Outliers in the number of cases of influenza-like illness (ILI) that tested negative for influenza were present in global influenza surveillance networks early in the COVID-19 pandemic, an average of 13.3 weeks before the first reported COVID-19 peaks in 16 of the 28 countries included in a new study publishing July 19th in PLOS Medicine by Natalie Cobb of University of Washington, US, and colleagues.

Surveillance systems are important in detecting changes in disease patterns and can act as early warning systems for emerging disease outbreaks. The WHO Global Influenza Surveillance and Response System (GISRS) is a network of centers and laboratories across 123 WHO member states which collect respiratory specimens for influenza testing. Data from these labs are made available through FluNet, a web-based tool for monitoring influenza trends.

In the new study, what is the interaction between cymbalta and tramadol Cobb and colleagues evaluated outliers in influenza-negative ILI in 2020 compared to trends over the previous five years among 28 countries with established ILI surveillance and a high incidence of COVID-19. The team found that in 16 countries, outliers in this dataset preceded the first reported COVID-19 peaks with an average lag time of 13.3 weeks.

The earliest outliers occurred during the week of January 13, 2020 in Peru, the Philippines, Poland, and Spain. In the United States and the United Kingdom, outliers in the dataset were detectable the week of March 9, 2020, 4 to 6 weeks before the first week of the reported COVID-19 peak. Lag times of over 20 weeks were seen in some countries. The researchers say that these outliers may represent undetected spread of COVID-19 in early 2020, although a limitation is that it was not possible to evaluate SAR-CoV-2 positivity during this time.

The findings “highlight the importance of strengthening routine disease surveillance networks to enhance the ability to identify novel diseases and inform public health responses on a global scale,” the researchers say.