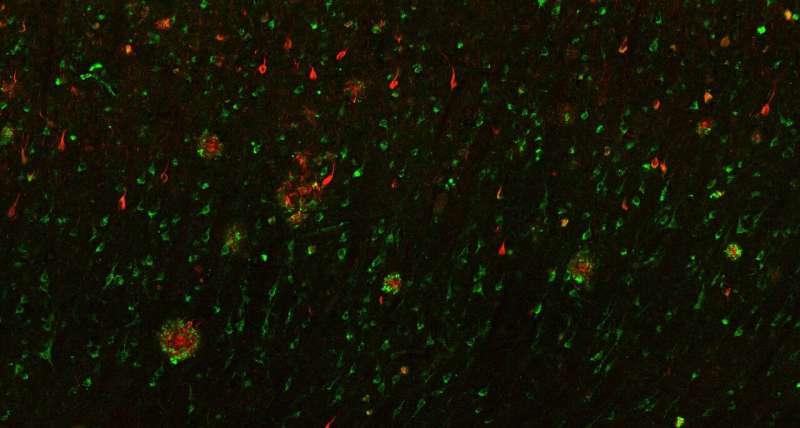 About 1 percent of people with Alzheimer’s disease carry a specific mutation in their PLD3 gene. The question of whether or not this mutation leads to Alzheimer’s disease has remained controversial, however, due to its rarity and because the protein’s function was previously unknown. In the new study, Schrag’s team delved deeper into the function of this gene and its link to the disease. The researchers found that PLD3 is located in lysosomes inside neurons. Lysosomes are highly acidic sacs of enzymes that act as the recycling system of the cell. PLD3 produces an important component of the membrane of these acidic organelles, and this function is lost in the mutant form. In the brains of people with Alzheimer’s disease, PLD3 occurred near buildups of toxic proteins called β-amyloid plaques. Furthermore, people with high levels of PLD3 had fewer β-amyloid plaques and less cognitive decline, suggesting that normal PLD3 helps protect against the disease.

Together, these discoveries establish the PLD3 mutation places a person at higher risk of developing Alzheimer’s disease, most likely by disrupting its role in the lysosome. The researchers propose that future studies should focus on investigating whether boosting PLD3 can have a protective effect that reduces the effects of the disease. Ultimately, these findings may yield new drug targets for Alzheimer’s disease therapies and improve our understanding of the role of the lysosome in this common and burdensome disease.