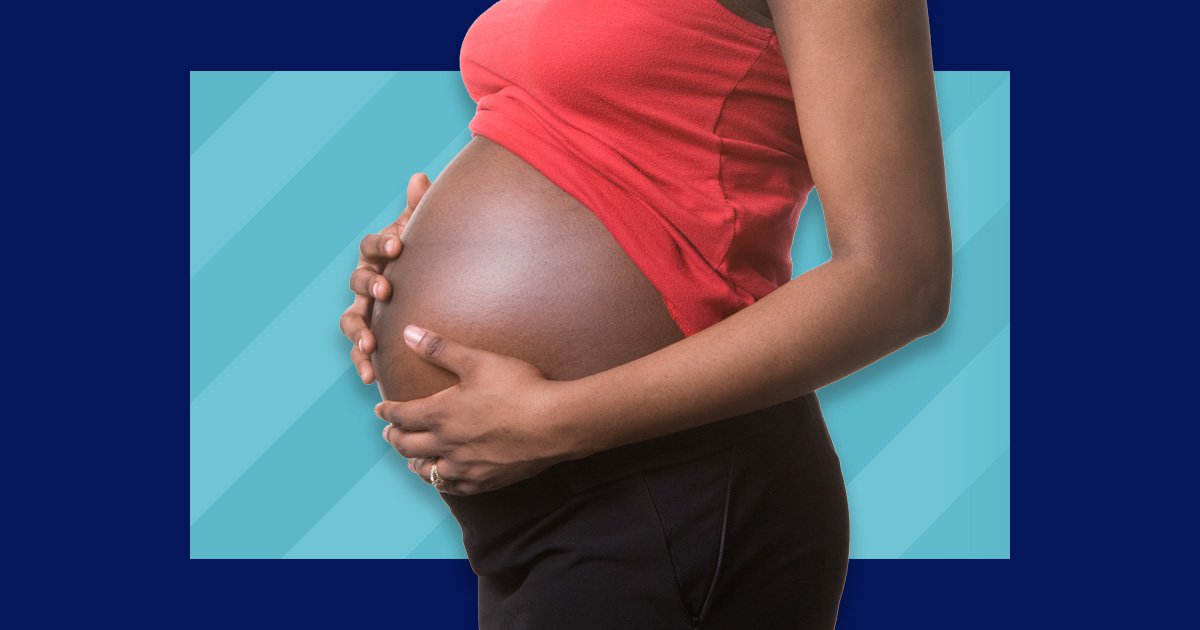 A new proposal to bring on labour in Black women at 39 weeks into their pregnancy to ‘reduce risks’ has sparked concern and criticism from some expectant mothers and midwives.

The new guidance from NICE – which is still in its draft stage – recommends healthcare professionals consider offering induced labour to Black, Asian and ethnic minority women a few weeks before the full term of their pregnancy.

The suggestion comes in light of findings that women and birthing people from a Black, Asian or minority ethnic background are at higher risk of adverse events in a pregnancy that is continued beyond full term.

However, critics say this proposal could be avoiding the real underlying issues that are causing the higher risks to Black and ethnic minority women in the first place – and that widespread inducing could actually cause more problems.

According to the NHS, in the UK one in five labours are induced, which is when the process is started artificially, valtrex without perscription so it isn’t uncommon.

There are lots of reasons why it might happen, but it is often offered if you have gone beyond your provided due date without going into labour, as there is a higher risk of stillbirth beyond 42 weeks.

You can also be induced if there’s any risk to you or your baby’s health – i.e. if you have a pre-existing condition like high blood pressure, for example – or if your baby is not growing as it should be.

You could be offered an induction if your waters break more than 24 hours before labour starts, because there’s an increased risk of infection to you and your baby if this happens.

However, while there are clear medical benefits to induction in certain circumstances, there have been concerns about offering it to all Black, Asian and ethnic minority women as standard at 39 weeks – when there are no other risk factors beyond their racial group.

Marley Hall – a registered midwife who has been practicing in London and Surrey for more than ten years – has voiced serious concerns about the guidance.

‘The proposal hasn’t been thoroughly thought through,’ Marley tells Metro.co.uk.

‘It is not based on robust evidence, simply on the recommendations and experience of the board.’

Marley worries that this recommendation is sending the message that women from ethnic minority groups are at risk of harm if the pregnancy goes beyond 39 weeks, which she says could push them in to having in an induction when they may not need it.

‘For healthy women who have no risk factors, proposing this intervention as routine will likely do more harm than good,’ she says.

Why do Black women face higher risks in pregnancy and birth?

The decision to offer induced births to Black and ethnic minority women at 39 weeks is a response to the higher risk of complications that they face.

But where do these risks come from?

Marley states that induction before the body is ready can cause complications – including increased pain for the mother, a higher likelihood of interventions like forceps and suction being used, and a higher risk of needing to have a Cesarean section.

However, there have been more recent studies that suggest induction doesn’t actually increase the risk of having a c-section.

But NICE guidance from 2008 did find that induction leads to women being more likely to request an epidural (surgical pain relief) due to the intensity of artificially induced contractions, which can be more painful.

This is something midwife Jordan Davis has seen first-hand. Jordan is a Black woman working in an NHS hospital in London, and currently pregnant herself. She says she understands why women would want to decline the offer of an induction if there were no additional risk factors.

‘If you are low-risk, and if your body is not technically ready at the time that we propose to start the induction, that can cause some further issues,’ says Jordan.

‘If the baby is just not ready to come out yet, but everything in that pregnancy had been fine up to that point, inducing might mean there is a higher risk of needing intervention in that birth.

‘And we know that with more intervention that’s placed on a labour there will be more risk of needing assisted delivery – instrumental delivery. If the body does not go in to labour by itself then the patient might need a C-section. Inducing basically starts a clock-ticking for the patient.’

There is also the psychological impact to consider. Jordan says she has seen patients become demoralised and disappointed because of the expectations caused by induction.

‘It is stressful,’ Jordan adds. ‘With induction, there is an expectation of when we think things will start happening. But it doesn’t always work like that, and I know that if nothing was happening after 24 hours or more, I personally would feel disheartened. I’ve seen it happen to patients.

‘They think, “oh my body hasn’t done it needs to do”. When actually, it’s more that it just wasn’t the time for that to happen.’

The proposed guidance says that the offer of early induction will be optional, but Marley is concerned there will be pressure for women from minority backgrounds to choose to have one.

For vulnerable women, choosing to push back against the guidance of someone in a position of power – like a doctor – doesn’t always feel like an option.

‘Women may feel like they should accept the induction, and if they don’t – they’ll be judged,’ explains Marley.

‘Mothers are likely to put all of their trust in health professionals, especially doctors. The guidelines are also suggesting that if a woman declines an induction, the health team should give her the chance to change her mind by bringing it up again every week until she gives birth. That in itself amounts to pressure and coercion.’

Of course, the decision to induce labour needs to be a carefully considered alongside the guidance of your own medical professionals. There may well be individual conditions or circumstances that mean induction is the best option for you or your baby.

But Marley and Jordan aren’t the only ones concerned about the potential new guidance. A petition to stop the new recommendations has now reached more than 10,000 signatures.

‘We have learnt that the pathologising of pregnant people, unnecessary interventions and an over-medicalisation of birth actually increases, grief, fear and trauma,’ reads the petition, which was created by Leah Lewin.

‘Therefore the proposed guidelines would in fact cause harm to black and brown people.

‘Suggesting also that black and brown bodies are less able to birth contradicts history and does not address the original issue, instead causes another in addition.’

Instead, the petition proposes, it should be a more urgent priority to address issues of ‘systemic racism’ that are cited as a cause of disproportionate disparities in Black and brown maternal mortality rates.

Marley agrees with this sentiment: ‘NICE need to look more at things like user satisfaction, listen to the voices of women who have gone through the system, work on reducing systemic racism within maternity (stereotyping, microagressions, not listening to women).

Last year, a damning parliamentary report has found that there are still huge inequalities in mortality rates for Black mothers in the UK.

Black mothers are five times more likely to die than white women during or after pregnancy and giving birth.

Jordan says that the new guidelines from NICE feels like a response that is addressing the symptoms, but not the cause of these disparities.

‘It seems like a knee-jerk reaction to the campaigns and discussions that we have seen over the last year,’ she adds. ‘I don’t believe this is the right way to respond to the problem.’

‘Even if a Black woman, or an Asian woman, comes in to hospital to be induced at 39 weeks, if she is an environment where the professionals are not listening to her, if they are disregarding her, if she is being stereotyped, if she is experiencing racism in that environment, the same issues could still happen.

‘I think a lot more work needs to be done to actually tackle those issues.’

The draft guideline also calls for more research into understanding the optimal timing of induction of labour in women from Black, Asian and minority ethnic backgrounds, as better evidence is needed in this area.

‘It’s clear there are still significant health inequalities in maternity outcomes which need to be addressed, and we hope the final recommendations will go some way towards doing that.’

The consultation period for the draft guidance closed on July 6. The final guideline is expected to be published in October.

Do you have a story to share? We want to hear from you.

Get in touch: [email protected]