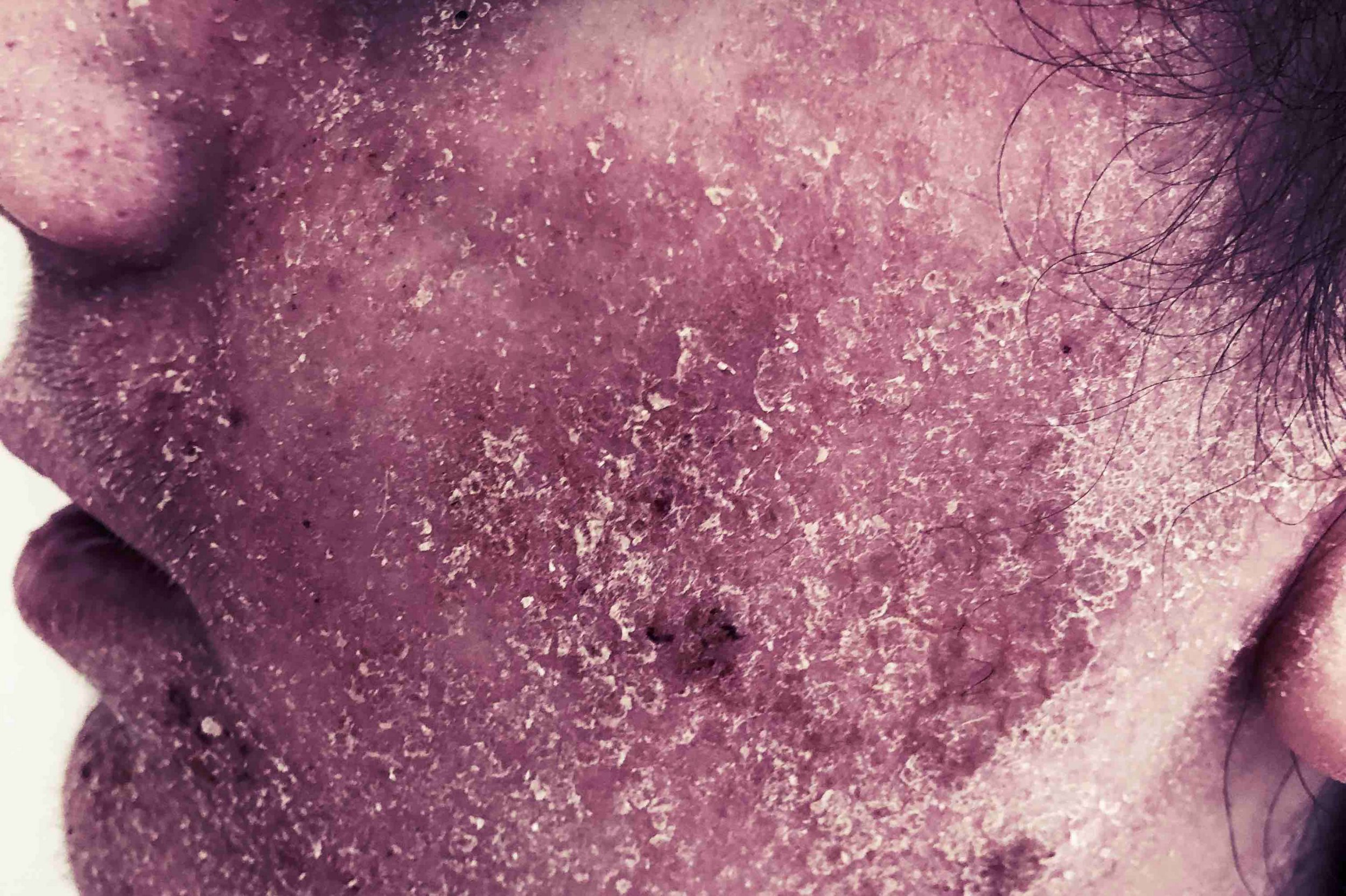 A 14-year-old boy with severe eczema has begged to be placed into an induced coma to escape the pain of the skin condition.

The 14-year-old, Barney Rae, from Bristol, Avon, was diagnosed last year, and the eczema has left him covered head to toe in itchy rashes and unable to sleep.

Despite trying many different remedies – some which mum Miranda, meridia and xenical combination 50, claims left him looking like he’d been in an acid attack – Barney is still in agony, telling his mum that he can’t deal with the pain anymore.

The single mum is now desperate to help her beloved son get back to his normal self, by raising money for urgent and fast-tracked treatment to calm his skin once and for all.

Miranda, a radio broadcast manager, said: ‘Barney is at his wits end. He just wants to go to sleep and wake up when the eczema is all gone.

‘He’s even said to me that he wants to be put in an induced coma because the pain is that bad.

‘He’s got to the point where he’s too scared to sleep. He scratches himself unknowingly when he’s asleep and will wake up bleeding head to toe.’

Mum Miranda has said the past 10 months have been ‘torture’ for Barney, because of his sleep deprivation and the fact he even blames himself for his skin issues.

‘It’s heartbreaking to see my child go through this, especially at an age where he’s so aware of what he looks like,’ she said.

Because Barney is allergic to many ingredients in home remedies and over-the-counter creams, he’s struggled to find relief from the itching and cracked skin.

Miranda said: ‘It’s got to the point now where I’m so worried about him. He never used to have eczema on his face until now – it’s everywhere and he’s so self conscious about it.

‘We’ve been putting bandages on to help him stop scratching but one night he came into me shocked and it looked like he had seen a ghost.

‘He was shaking and bleeding from his neck downwards, saying he couldn’t believe what he’d done to himself.

‘Because of the exhaustion, he doesn’t realise he’s itching and scratching himself red raw. It’s a completely uncontrollable urge.’

The side effects – both short term like nausea and sickness, and long term like brittle bones – of his current medication are difficult to deal with.

Oral steroids and leukaemia drug, Methotrexate, can be dangerous for Barney’s immune system, meaning he has to isolate while he takes them. And after he finishes courses of meds, he often finds that his skin goes back to how it was before.

Miranda has now set up a fundraiser to raise money for a private specialist medical consultation – which costs £300, and means she will have to pay for any prescribed treatment.

‘I just want to see him back to his normal self and I would give anything to take it away.

‘Seeing your child suffer like this on a daily basis is horrific.’

Get in touch at [email protected]