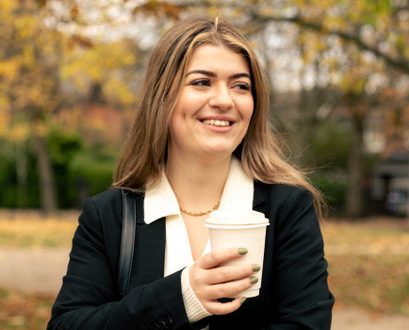 After being in lockdown for the majority of the year, my flatmates and I booked a last-minute trip to Mallorca in September 2020 as a treat before starting our final year of university.

It started as a relaxing holiday, spent mostly on beaches due to lots of things being closed because of Covid-19.

However, cheap torsemide online without prescription one night we went to a bar – and this ended up being the scene of my first ever panic attack.

The night started normally, but after three hours, I had to stand up and walk away from my friends. The room was spinning and my brain was fixated on the idea of being sick. My throat felt like it was closing up, and I couldn’t take a deep breath.

Like most people who suffer with panic issues, they can’t quite put their finger on the why. Whether it was the loud music or topic of conversation I’m not sure – I just felt an overwhelming sense of danger.

Even after we travelled back to the hotel that night, the feeling of terror stayed with me and, for a long time after, I still felt like I was stuck in that panic attack. If I thought about that night in too much detail, it would happen again.

I didn’t realise at the time that it would become a disorder. But since then, panic attacks have become a normal part of my daily existence – and they have impacted my life in lots of ways, including when it comes to getting a job.

At one point, I was having a panic attack at least three times a day – as well as daily stomach aches, fear of vomiting, and desperation to stay inside.

Balancing the panic attacks that came every few hours with my dissertation and (ironically) my mental health radio show soon became too much, and I turned to cognitive behaviour therapy (CBT) to try and train my brain to be comfortable with leaving the house again – something I’d been struggling with in the midst of the pandemic. After six months of therapy and hard work, I felt ready to start upping my daily dose of the outside world.

Then I graduated, but I hadn’t quite anticipated what a huge impact my panic disorder would have on life after university.

Like most people my age, I’d spent the last five years making myself as employable as possible, yet I felt completely unprepared to enter the working world.

Graduation anxiety on its own is hard enough to deal with, but combining this with my existing panic felt impossible and now I had to actually look for work.

After being offered an interview, the excitement quickly turned to dread once I realised what the process would involve. A two hour time slot with a 20-minute presentation in front of a seven-person panel, then an interview, followed by a written test.

Although I was incredibly anxious at the thought of going through this, I went to the interview, which I spent days preparing for. It was even more intense than I thought it would be, with seven interviewers asking constant questions for around an hour.

However, as I walked home afterwards, I felt proud of myself. I had delivered the presentation and completed a test – even without the added stress of the pandemic, it was no mean feat. I felt confident that if I hadn’t got the job, it would be because someone else was more qualified, rather than it being because of something I had done.

Four days later, I waited by the phone all day for the promised call. But when the phone didn’t ring until 4pm, I realised I’d probably been unsuccessful. They told me that it was a close call but, ultimately, I was too shy and I’d let myself down from an otherwise perfect presentation by not being bold enough.

I felt crushed by the news that my worst fear had become true, the only thing separating me from unemployment was my anxiety – which the interview panel had mistaken for shyness. I now felt it was my responsibility to turn to anxiety medication as nothing else seemed to be working.

That night, as I wondered what I could do to improve, I realised that perhaps it should fall on companies to step up and celebrate our differences and our creativities, rather than highlighting our failings. Clearly, their selection process wasn’t allowing for the sort of divergence that could push their company forward.

If the job doesn’t require a public speaker, why should the interview process be designed in their favour? By not hiring someone based on their ability to be confident they missed out on what a lot of introverted people can offer.

Every job application I see states that they are welcoming of everyone. But it seems that these outdated ideas of what makes a good employee are stopping them from actually doing what they promise. And even worse, it seems to be costing people suffering from mental illness a job.

With approximately 8million people in the UK suffering from an anxiety disorder, it’s clear a different approach needs to be taken. Disclosing your mental health in a perfect world would be no different than asking for any other disability help, but unfortunately stigma still exists.

The option to have a Zoom chat instead, or a more casual approach – like a one-to-one chat over coffee – should be normalised. Rehearsed interviews can be difficult for people with anxiety disorders, and the pressure can mean employers aren’t really meeting the person they will hire, but rather a prepared speech. I don’t think the formalities give the opportunity to get a good judge of character.

Under the Equality Act (2010), many mental health conditions are classed as a disability, meaning employers can’t discriminate during the hiring process. Yet, in reality, the barriers put in place by vigorous interview processes ostracise a large percentage of the population.

It would create a long-term solution if interviews were based on skills rather than boldness or apparent confidence.

It’s time for the workforce to adapt and celebrate different people – and the diverse skills they bring.

Modernising the workplace has come a lot quicker than we could have expected due to the pandemic and working from home adjustments – I’d like to see the same sort of adaptations being made for the interview process.

Now, I have my own agency, Yoke Studios. My anxiety disorder hasn’t impacted my ability to do the job and in fact being able to sign with new clients without lengthy interviews has allowed a more efficient use of both of our time.

It has given clients the opportunity to see me before at my best, not in a stressful process that won’t ever be replicated in the actual role.

I’d like to see more companies recognising different personalities and our individualities in the hiring process, not just a promise to ‘treat us equally’ once the job is secured.