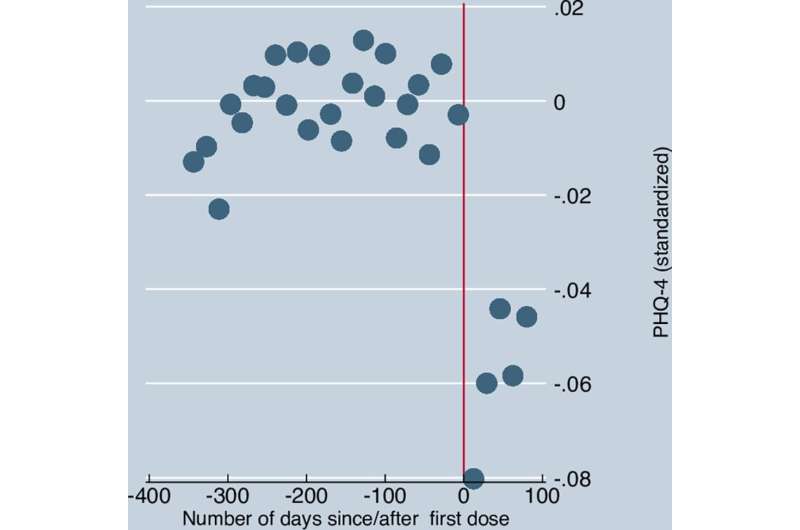 A team of researchers at the University of Southern California has found evidence suggesting that people who were vaccinated against COVID-19 experienced less stress afterward and saw resulting improvements in their mental health. The team has written a paper describing their year-long survey effort and what they learned from it and have posted it on the open-access site PLOS ONE.

The researchers were taking part in the Understanding America Study—a long-term project established at USC to track the impact of the pandemic in the U.S. on mental health. The initial part of the project involved sending out more than 8,000 surveys to people across the country with questions geared toward gauging how the pandemic was impacting the mental health of people in general. Data from the surveys has shown that the majority of people queried have been experiencing some degree of anxiety and depression as a result of the pandemic. The team has continued to send surveys to the same people every two weeks as a way to measure changes in mental health as the pandemic has continued. In this lastest survey, respondents were asked about impacts on their mental health after receiving a COVID-19 vaccination.

The researchers found that respondents in the study experienced a 15% decrease in the likelihood of feeling very depressed after being vaccinated and a 4% reduction in the likelihood of feeling just mildly depressed. The researchers also estimate that based on their data, it is likely that 1 million people have felt reductions in mental distress after being vaccinated.